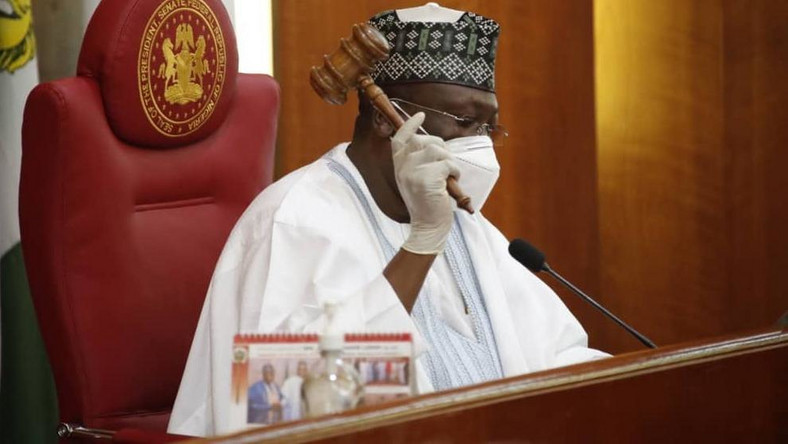 Senate President Ahmed Lawan, on Tuesday, reprimanded a legislative aide for his failure to wear a face-mask while within the premises of the National Assembly.

Sen. Lawan, who was in the company of his security details while making an entrance into the Complex before plenary, spotted the aide – names withheld – standing at the lobby without a face-mask.

The Senate President upon seeing the aide, stopped to caution him querying, “where is your face-mask?”

The legislative aide who looked rattled by the unexpected question, mumbled, “it’s in my pocket, Sir”, while making frantic effort to retrieve his face-mask from his trousers.

The Senate President then watched as the aide quickly had his face-mask worn, and, thereafter, proceeded to his office at the White House Wing of the Complex to have a leadership meeting before the resumption of plenary.