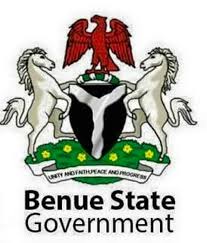 As the Coronavirus otherwise known as COVID 19 continues to spread in Lagos, Abuja and other cities in Nigeria, the Benue State Emergency Response  Committee headed by the deputy governor, Engr. Benson Abounu, has stepped up awareness campaign in the various local languages on radio, television and through the public address system mounted on vehicles that are moving round the markets, churches, mosques and other public places in the towns.

Even as it was not clear at press time if Benue would be shut down with only skeletal services going on to enable people procure food and other essential items, there were indications that the citizens have started buying food items in bulk should there be a lockdown.

People gathered in groups to discuss the problem of the spread of the virus in Nigeria but the situation in Makurdi, the state capital, looks calm as  there were speculations that those returning from big cities and putting themselves in self-isolation were being taken to officially designated isolation centers at the Benue State University teaching hospital and the Federal Medical Center all in Makurdi.

Investigation revealed that the secretary to the state government whose son was believed to have returned and kept himself in isolation for the mandatory two weeks has come out to profusely deny the allegation that his son had come to Benue in recent times.

The SSG, Tony Ijoho, SAN, in a statement said his son had returned to participate in the NYSC one year mandatory service and had returned to his base in the United Kingdom before the breakout of COVID-19.

At the close of work today, being Friday, few workers were seen going home because of the order that those of them below salary grade level 12 should stay at home till further notice.

It was learnt that some of the offices that were supposed to have sanitizers with ruining water were yet to comply as they were said to be waiting for the clearing of administrative bottlenecks that may have delayed the procurement of essential items like sanitizers and face masks by the state government.

The ordinary citizens, however, Friday began to buy the essential items on panicky basis with hand sanitizers said to be found only in few pharmacies at high costs while face masks which used to cost N800 per packet of 100 was being sold at N400 for one.

It was gathered that the Rapid Response Committee was supposed to brief the media on daily basis but certain problems delayed the process. It was learnt that the committee might need stronger executive backing to carry out its functions with the commissioner for health expected to be  more proactive in the aspect of the briefing as Coronavirus or COVID-19 spread becomes more serious.

At the close of the day, The Nigerian Xpress was yet to have knowledge of any specific plan being put in place to check the spread of the disease in the rural areas especially local government headquarters.

OPINION: Coronavirus: Must we panic?