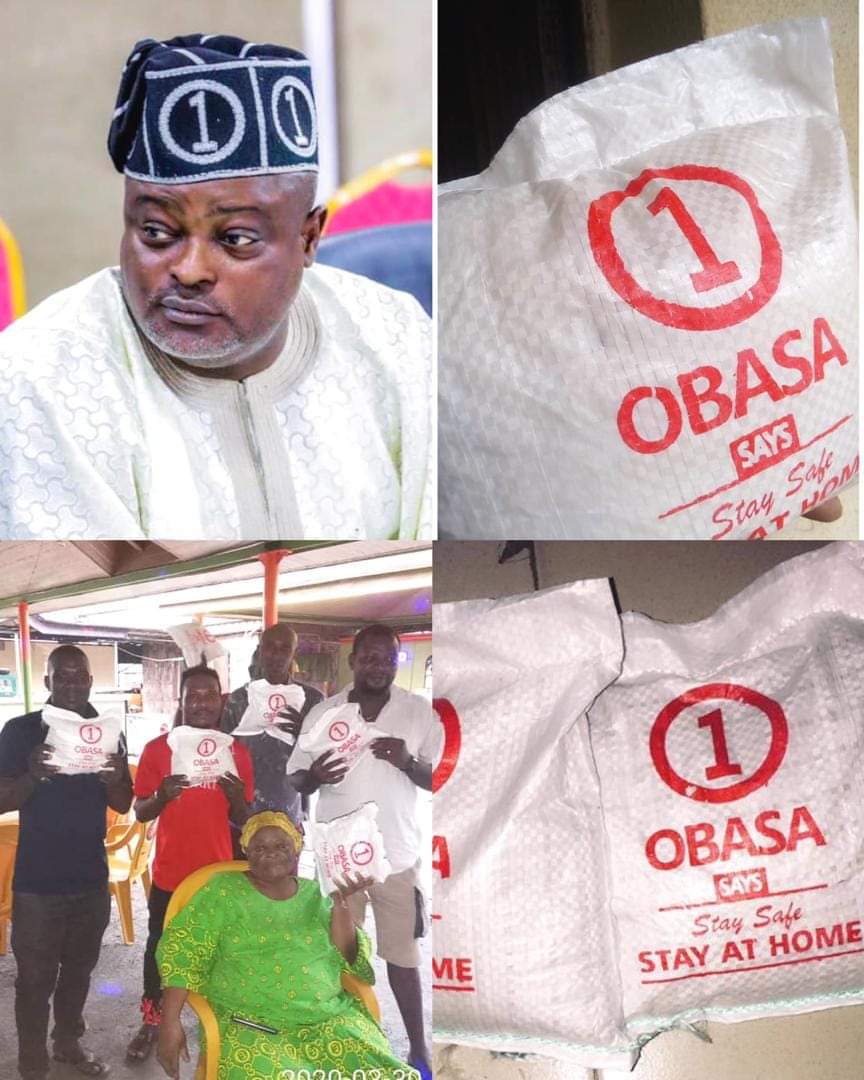 Speaker of Lagos State House of Assembly, Hon. Mudashiru Obasa has joined well-meaning Nigerians in bringing succour to Nigerians in the face of hitting hardship of the sit-at-home order especially to his constituents at Agege/Orile-Agege area of the state.

No less than 10,000 people in the constituency had benefitted from his largesse since the lockdown directive of the Federal Government on account of the Coronavirus pandemic. The largesse was believed to have been extended to Alimosho Local Government Area of the state by the lawmaker.

In a release issued by the group monitoring the Speaker’s activities, it said “Nevertheless, it has come to our notice that there are political detractors who would want to use this situation to bring others down. We have seen this already on social media platforms, with people saying negative things not only about our boss, but also others who have tried to show they care.

“How can a man who loves his people wholeheartedly abandon them in a time like this? How can infected grains be repackaged by a man who generously distributed 10,000 plus packs of branded bags in his own name and picture? These are some of the negative comments we have been reading on the social media.

“Meanwhile, let’s not forget that this is a person who has been giving back to his people for more than 10  years, way back before he became Speaker, such as  GCE and JAMB forms annually, food,  beverages, not to talk of numerous people he has secured employments for  etc. These are the facts that cannot be disputed.
“Moving forward, while Rt Hon Speaker acknowledges we all look out for negative comments, it will be much appreciated if nobody reacts immediately but bring such to the notice of Mr Speaker’s Media Team. You can then wait for further directives,” the release said.