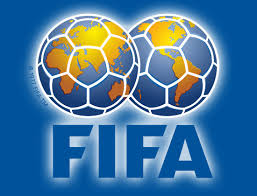 World soccer governing body, FIFA is going to face some financial hard times, no thanks to Coronavirus.

The body which has been distributing palliatives to her members globally disclosed yesterday during her virtual congress that she would lose over $120m in revenue (about N48bn) as a result of Covid-19 that saw her not hosting the Confederations Cup.

It would be noted that FIFA’s 70th Congress amongst other decisions approved a revised four-year budget after predicting a $120 million (£91 million/€102 million) drop in revenue until 2022.

The reduction of $120 million in revenue is expected as a result of the coronavirus crisis, which the governing body largely attributes to the non-staging of the FIFA Confederations Cup.

Criminal proceedings were opened against Infantino in Switzerland in July over dealings with Lauber.

The case centres on undocumented meetings that Lauber and Infantino are alleged to have held in 2016 and 2017.

Infantino was cleared of any wrongdoing by FIFA’s Ethics Commission, which launched and closed a preliminary investigation into the meetings.

He has claimed the meetings with Lauber “were in no way secret and most certainly not illegal”, and said he was seeking to assist authorities with investigating past wrongdoings at FIFA.

Infantino cited his recent meeting with United States Attorney General William Barr as an example, claiming he used the opportunity to personally thank the US Department of Justice (DOJ) for their efforts to combat corruption in football.

Among the key decisions taken at the Congress was the approval of a rule change regarding player’s eligibility to compete for a second national team.

The change will enable players to switch eligibility provided they have played a maximum of three times for their first national team, including tournament qualification games, before they turned 21.

Their last appearance for their first national team would have had to have been three years earlier.

Players would not be able to change nationality had they represented their nation at a major tournament, such as the FIFA World Cup.

Statute changes which allowed for FIFA’s Congress to be staged “by teleconference, by videoconference or by another means of communication” were also passed.

I’m back to win trophies for Tottenham – Bale