COVID-19: FG sues supermarkets, pharmacies over hike in price of sanitisers, others 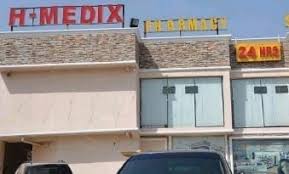 The Federal Government has filed charges against four supermarkets and their proprietors for alleged hiking the prices of sanitisers, handwash liquids, disinfectants, and other anti-bacterial hygiene products.

The Federal Competition and Consumer Protection Council (FCCPC) in the statement of claim filed against them before an Abuja Federal High Court, preferred a six-counts charges against the supermarkets and their owners.

They were also charged with supplying hand sanitisers and surgical disposable face masks of various existing brands to consumers at a price that was manifestly unfair, unreasonable and unjust.

They were further accused of disobeying without lawful excuse, the lawful orders and directives of the FCCPC against such practices.

The Commission stated that the allegations against the accused were discovered following complaints from consumers through various social media channels, visits to their supermarkets and pharmacies by representatives of its surveillance and enforcement office.

It was gathered that no date has been fixed for the hearing of the case.

Be friendly with Lagosians, Sanwo-Olu urges security operatives as Lagos shuts to movement