•President committed to protecting life and property of every citizen -Presidency 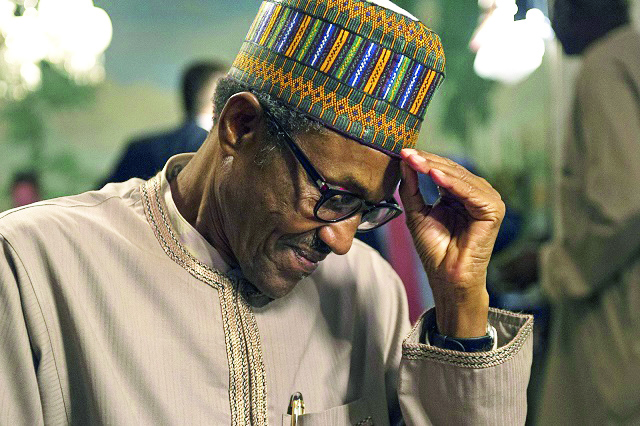 “Sambisa is several kilometres from Abuja but Kaure is less than two hours’ drive from Abuja. So nobody is safe anymore, not even those in Abuja. This is the time to act. All hands must be on deck. It is not a fight for Niger State alone. I am not waiting for anyone anymore, I am going to take action,” he said.
But bandits have also put residents of communities in the outskirts of Abuja on edge with frequent kidnapping reported in Abaji, Gwagwalada, Pegi, Tuganmaje and Kuje among others.
Two more students were killed after being kidnapped with others last week by gunmen in Kaduna State, bringing the death toll from the attack to six.
Bandits who have made most parts of Southern Kaduna a no-go area as a result of their regime of kidnappings and abductions have upped their infamy with mass abductions of students.
The latest abduction was at Greenfield University where 20 students were abducted about three weeks ago. Five of the students have been found dead while the hoodlums are holding on to the remaining students.
The armed bandits are still holding on to nearly 30 of the 39 students abducted on 11 March 2021 at Federal College of Forestry Mechanization, Afaka, Igabi Local Government Area of the state.
About 730 students have been abducted by bandits in Zamfara, Katsina, Niger and Kaduna States in the North-west since December 2020, according to reports. Most of the students have been released after payment of ransom by the governments of the states.
But Kaduna Governor, Nasir El-Rufai had insisted that he would not pay ransom to free students kidnapped from his state to the distraught of the parents.  He has also totally dismissed the option of engaging in any form of negotiation with the bandits.  “We will not give them any money and they will not make any profit from Kaduna,” said El-Rufai.  According to him, the best way to deal with the bandits is to ‘kill them all.’
However, the governor has failed to disclose how he is going to get the students back to their parents in the face of the inability of security operatives to rescue them.
For one, El-Rufai’s position cannot be faulted given the fact that states like Zamfara and Katsina where the governors had tried to appease the bandits have continued to suffer massive attacks with scores of villagers being killed every week.
Last week, the governor vowed to take a tougher stand against the bandits, their informants, collaborators and weapons suppliers in the state. “The action became necessary to fully address the resurgence of armed banditry activities in some parts of the state, which is being aided by the people who are living mostly in the cities and providing information to the bandits in the bushes,” Matawalle told Sokoto State Governor, Aminu Waziri Tambuwal, who came along with his council members to commiserate with him over the recent bandits attack in some parts of the state, which claimed nearly 100 lives.
In the North-east, Boko Haram has continued its ravage of communities in Borno and Yobe states with daring attacks on the people and military facilities.
Last week, the insurgents scored a ‘bull’s eye’ in their attacks on military facilities and killing of soldiers when they were able to go away with premium-grade army weapons after they attacked Mainok, in Borno State.
The insurgents who killed several soldiers during the attack have since released a video in which they showed the tanks, Buffalo operational vehicles and MRAPs captured by their fighters during the attack. And just as this story was being written, there was a breaking story of Boko Haram invasion of Kanamma, a town, the headquarters of Yunusari LGA of Yobe State. The attack was the second by the Boko Haram/ISWAP terrorists in Yobe in less than a week.
The terrorists had earlier attacked Geidam, where they displaced over 6,000 people from their homes. It was learnt that the military base in Kanamma was the target of the insurgents. The extent of casualties or damages was not known at the time of filing in this story.
Buhari Deeply Pained By Terrible Acts Of Violence

Benue Governor, Samuel Ortom had after the latest killings attributed to Fulani herdsmen in one of the internally displaced person camps in the state accused President Buhari of being insensitive to killings, banditry and abductions going on in various parts of the country.
The governor advised the President to seek foreign, alleging that he had been overwhelmed by the criminals.
Ortom had also accused the Buhari of being soft on suspected killer herders of Fulani extraction who he blamed for attacks on his communities. But the Presidency had responded strongly to the allegations in a statement by the Senior Special Assistant to the President on Media and Publicity, Malam Garba Shehu.
The Presidency had said Buhari was deeply pained by the terrible acts of violence happening not only in Benue but also in other parts of the country contrary to the assertions of Ortom.
”President Buhari took an oath to defend the life and property of every citizen, a duty he takes seriously and is committed to ensuring. Those citizens regardless of their affiliations, who either incite, sponsor or are proven to be abettors of these atrocities will face the law squarely and be answerable for their crimes against our fellow citizens and nation.
Shehu said the president would continue to keep security, police, and the armed forces on their toes to be on top of their activities in troubled parts of the country. But he added that the situation in the states would greatly be helped by everyone working together ”because that is the foundation on which progress and prosperity can be achieved.”
Shehu noted that the president had expressed his condolences to the families of those citizens who lost their loved ones in the recent spate of killings in Benue.
The presidential spokesperson added that the president condemned the rising levels of incidents, especially the killings and violence in various parts of the country, and called for further collaboration with security agencies to curb its recurrence.
However, what cannot be denied is that there is a growing sense of helplessness as criminal gangs take control of different parts of the country without an appropriate response by the security operatives as noted during debates on the issue by both chambers of the National Assembly last week.
Buhari Must Listen To The People

The House of Representatives had called for the declaration of a state of emergency in the areas by the insecurity.
Aside from the call on Buhari to seek foreign help; there have been suggestions for an initiative that will lead to the establishment of state police, recruitment of more security personnel and more investment in war armaments to tackle the multiple security challenges facing the country.
But President Buhari had so far failed to act on the suggestions. Many had likened the President’s approach to that of the historical Nero who was fiddling while his empire, Rome was burning.
The National Chairman of the Peoples Democratic Party, PDP, Prince Uche Secondus agreed with the suggestion, warning that the 2023 general elections might not hold because of the pervasive state of insecurity.
He noted that terrorism which was previously confined to the North-east has spread to the North-central. “Herdsmen are also menacing in the West; gunmen causing havoc in the East; and the militants in the South; all killing, looting, raping, maiming and burning down homes. The situation is bad; Nigerians all over are living in fear,” he said.
“We are worried Abuja is not even safe. It is no longer politics. We got alert of plots to bomb and burn down our airports. We urge the federal government to declare a national state of emergency in security. There is the need to call a national conference to discuss the insecurity in the country,” Secondus said while asserting that the President must speak to the people.
“There may not be any election in 2023 in Nigeria due to insecurity. This government must listen to the people. The Buhari government should call a national confab to discuss the security and state of the nation. It is no longer politics. This time we are not playing politics. Let’s keep politics aside and move the nation forward.” He noted that the country had been grounded, regretting that there had been no matching response from the Federal Government.
Last Friday, the President in company with Vice President Yemi Osinbajo met the service chiefs ostensibly in response to the growing security in the land. But there have been many such meetings without any change in the security situation of the country. Hence, many doubt if the situation will be different this time around.