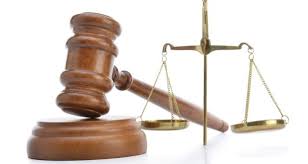 Justice Mojisola Dada of an Ikeja Special Offences Court, Lagos granted bail to former executive director of the Punch Newspaper, Azubuike Ishiekwene.
The top journalist was granted bail in the sum of N2 million and two sureties with landed property within the jurisdiction of the court.
However, the Economic and Financial Crime Commission (EFCC) re-arraigned him alongside Olalekan Abdul and Adeyinka Adewole on five count, fifteen count and two count charges, respectively
The commission re-arraigned the defendants because of the absence of first defendant (Adeyinka) and third defendant (Abdul) during the last proceeding.
The defendants, however, pleaded not guilty to the charges preferred against them.

READ ALSO:http://Ekiti Asphalt Plant commences operation
Meanwhile, the defence counsel for the first and third defendants, Mr. Adeyinka Olumide-Fusika (SAN), urged the court to grant his client (first defendant) bail and argued that the defendant had no criminal record and would not interfere with the proceedings or any of the witnesses.
In another development, the second defendant’s counsel, R.A.O. Adegoke,  urged the court to grant his client bail, arguing that the defendant was granted administrative bail during two years of investigation by EFCC and cooperated with the commission without jumping bail.
After listening to all parties’ argument, Justice Mojisola Dada granted Olalekan Abdul bail in the sum of N10 million and two sureties with landed property within jurisdiction of the court.
The judge further granted the third defendant temporary bail, pending determination of his bail application.
Moreso, the judge ordered that all the defendants should submit their international passports to court court registrar and gave them two weeks’ grace to perfect their bail conditions.