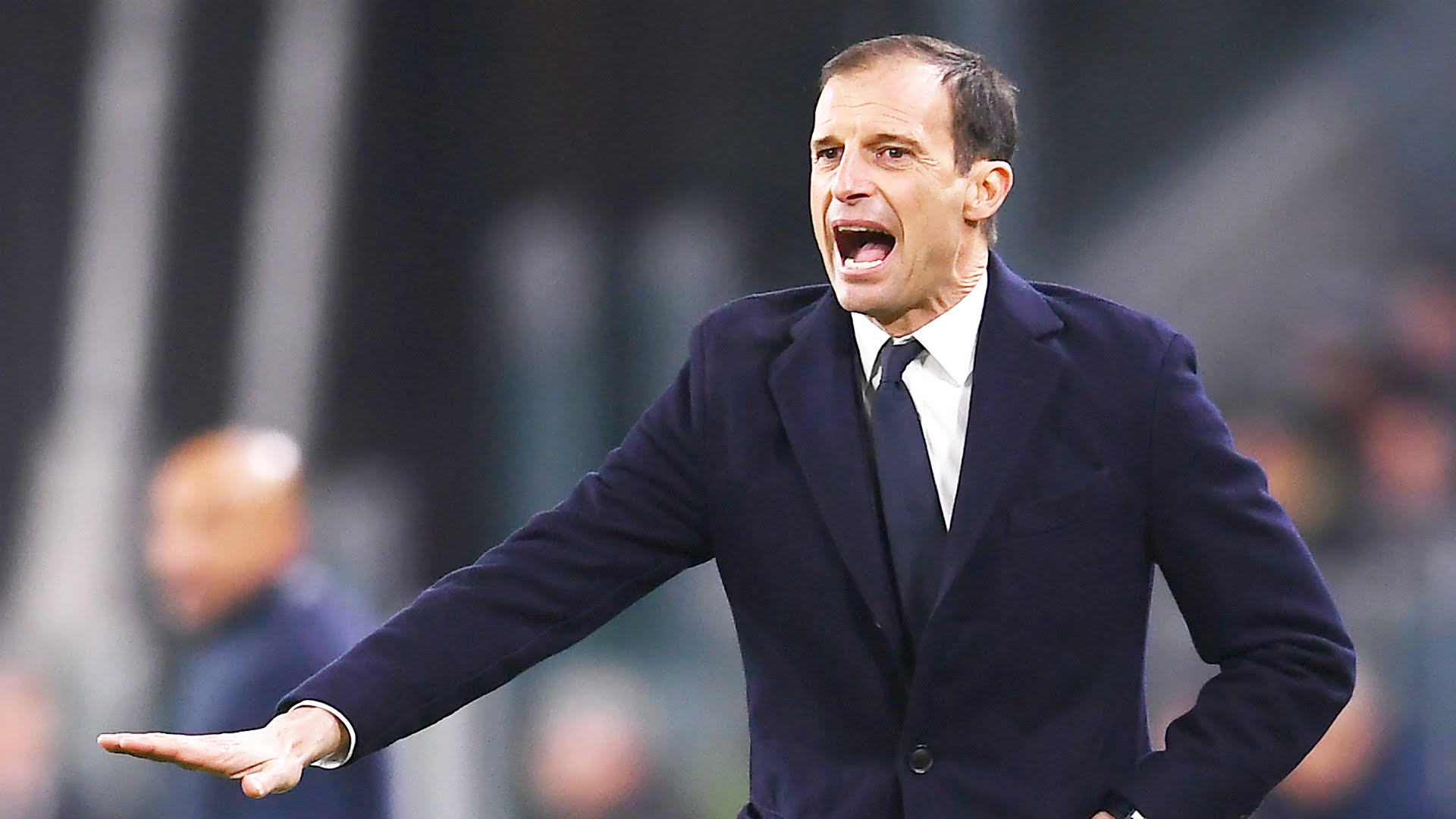 Former Juventus manager, Massimiliano Allegri, has tacitly confirmed he is warming up to step into the shoes of incumbent Manchester United boss, Ole Gunnar Solskjaer, should the club decide to fire him.

The Red Devils before Sunday’s game against EPL leaders, Liverpool, had won just two of their opening eight matches in the Premier League and Allegri has emerged, as a serious front runner for the hot seat at Old Trafford, with calls for Solskjaer’s dismissal, growing ever louder.

It would be noted that Allegri has been out of a job since stepping down at Juventus in the summer and, while the 52-year-old had planned to have a 12-month sabbatical, he’s reportedly held ‘concrete’ discussions with United and is ‘very close’ to becoming its manager.

The Italian has made no secret of his ambitions to work in the Premier League and has been learning English for some time in the event that such an opportunity presented itself.

READ ALSO: http://Negotiating for a better future: Why the good or bad of Russia’s presence in Africa’ll rely on continent’s ability to make better deals

According to Metro.co.uk, Polish outlet Przegląd Sportowy managed to chat with Allegri at AEFCA’s 2019 Symposium in Warsaw last week and asked him about the recent links to United.

Allegri in his response refused to rule out taking the job and joked: “I speak English too poorly for now, but I am learning.”

Though United’s talks with Allegri are understood to have advanced rapidly over the last fortnight, the club are sticking by Solskjaer for the time being.

Competent Man United sources disclosed before yesterday’s EPL game against Liverpool that Solskjaer’s fate would to a large extent be determined by the outcome of that game.

More pressure would mount on the Norwegian should he fail to get result against the high flying Liverpool.

Meanwhile, a legend of the club, Paul Ince has berated Solskjaer, insisting that the coach appears lost on what to do to save the club from having a disastrous campaign this term.

“United are yet to show any signs of improvement under Solskjaer and could finish in the bottom half of the Premier League table this season. We know Ole is going to get criticised and will come under pressure because he’s not getting results, but also because we’re not getting any signs that it’s going to improve,” the ex-United midfielder told talkSPORT.

Continuing Ince said: “Obviously with young players it’s going to take time, but Chelsea have got young players and they’re doing alright. Liverpool have got two young full-backs they’re doing okay. They could finish in the bottom half of the table. When I’m seeing Ole after the games saying, “we’re working hard, we’re working hard”, I keep thinking we just want to see what they’re actually working on. When I see the team I don’t see what they’re doing. I don’t see their patterns of play and I don’t see how they’re working from an attacking point of view, because they’re not creating chances – they’re not even having any shots. I just don’t know what they’re actually doing at Manchester United.”

Ince stressed that United may just be going on another money wasting journey should those running the club decide to sign West Ham’s Declan Rice for 80 million pounds.

Ince believes West Ham’s £80m valuation of midfielder Declan Rice is ‘ridiculous’ amid rumours linking him with a move to Manchester United.

United were said to be interested in the 20-year-old during the summer but West Ham’s asking price put them off and Ole Gunnar Solskjaer prioritised strengthening his defence instead. However, United’s lack of quality and depth in midfield has been evident during the opening weeks of the Premier League campaign resulting in links with Rice resurfacing.

But Ince, who made a controversial move from West Ham to United in 1989, thinks that Rice would be better served remaining in east London as he still has lots to improve in his game.

“People say things just for the sake of saying them. I don’t think they’ll spend £80m on Declan Rice, that’s for sure, at this moment in time,” he told TalkSport.

“You’ve got to remember he was a centre-half and as a midfield player, I’ve watched quite a lot of him this year, he’s still got a long way to go. I think he’s at the right club at West Ham, he’s playing week in, week out, which is important, and I think he’s got the right people around him, like Mark Noble, who has been there a long time, so he’ll learn a lot. But stop quoting these ridiculous prices, it’s madness, it really is. In two or three years time, maybe, but he’s still got a lot to learn, he’s still got to grow, be a lot more powerful and get up and down the park quicker than he does. That will come as his body develops more but he’s still got to get himself in the box, got to score goals. That’s going to be worth £80-90m, so if he can learn that as he grows older, why not?”

United have embarked on a home-grown transfer policy during Solskjaer’s time in charge evidenced by their signings of Harry Maguire, Aaron Wan-Bissaka and Daniel James in the summer.