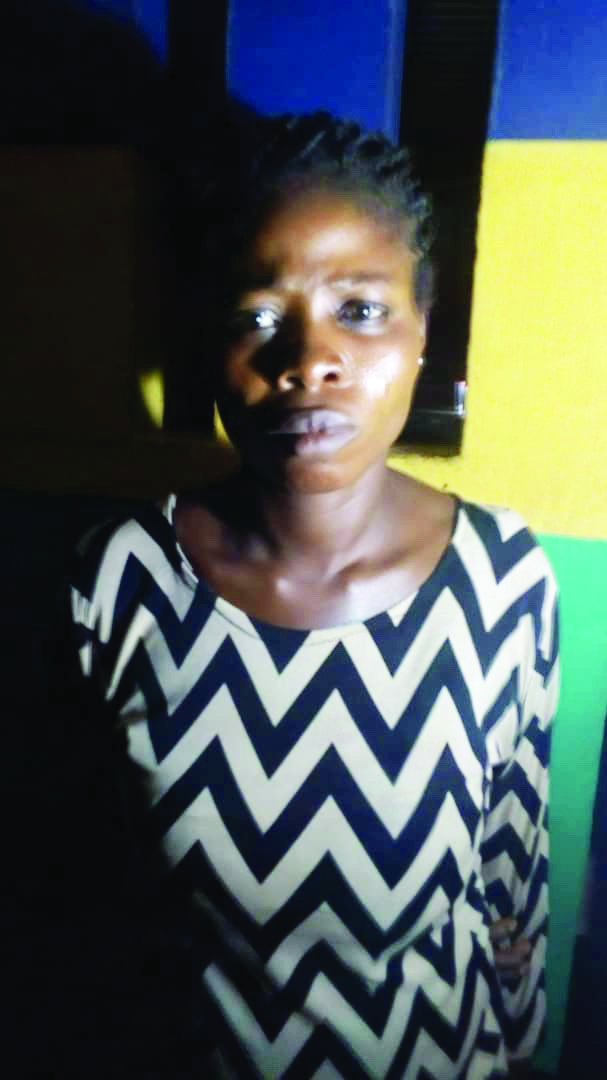 It was a moving spectacle at the Eleweeran police headquarters in Abeokuta, Ogun State, at the weekend, as a 30-year-old mother of six, Risikat Olabintan, explained why she threw her latest entrant, a day-old baby boy, inside a soak-away pit.

Sobbing profusely while speaking with newsmen, Risikat said, “That baby boy is my sixth child. I didn’t want people to know what I intended to do, that’s why I secretly gave birth to him.

“As you are looking at me, I don’t have a means of livelihood and the man, who impregnated me ran away once I told him I was pregnant. Ever since, I have been battling things alone, as I have had to either beg or do tedious menial jobs to survive.

“Already, I have five other children, who were born under the same circumstances. Having thought of all, I decided to dump the baby inside our latrine the very day I gave birth to him,” she explained, amid sobs.

The police in Ogun State had arrested Risikat for committing the offence, after having ensured that the baby was rescued from the  pit latrine.

Her arrest followed a distress call received by members of Ibukun Oluwapo community, Ishaga, Surulere area in Owode-Yewa Local Council Area of Ogun State that some children, while playing at the backyard of their compound, heard the cry of a baby in the soak-away and raised the alarm.

On receiving the information, the Divisional Police Officer (DPO) for Owode-Yewa Police Station, Olabisi Elebute, a Superintendent of Police, quickly led a team of policemen to the scene, where the baby was rescued with the assistance of members of the public.

Investigations later revealed that Risikat gave birth secretly to the baby and threw him inside the soak-away pit, as early as 5am on the fateful day. She was afterwards apprehended.

On interrogation, she made a confessional statement that she actually gave birth to the baby, which is the sixth of her children and that she had no means of feeding them all since her husband had absconded to an unknown destination for quite some time now.

Both the baby and the mother are presently in the hospital for medical attention and the baby is responding positively to treatment.

Meanwhile, the Commissioner of Police, Ogun State Command, Imohimi Edgal, had directed that the case be transferred to the Anti-Human Trafficking and Child Labour Unit of the State Investigation and Intelligence Department, for proper investigation.