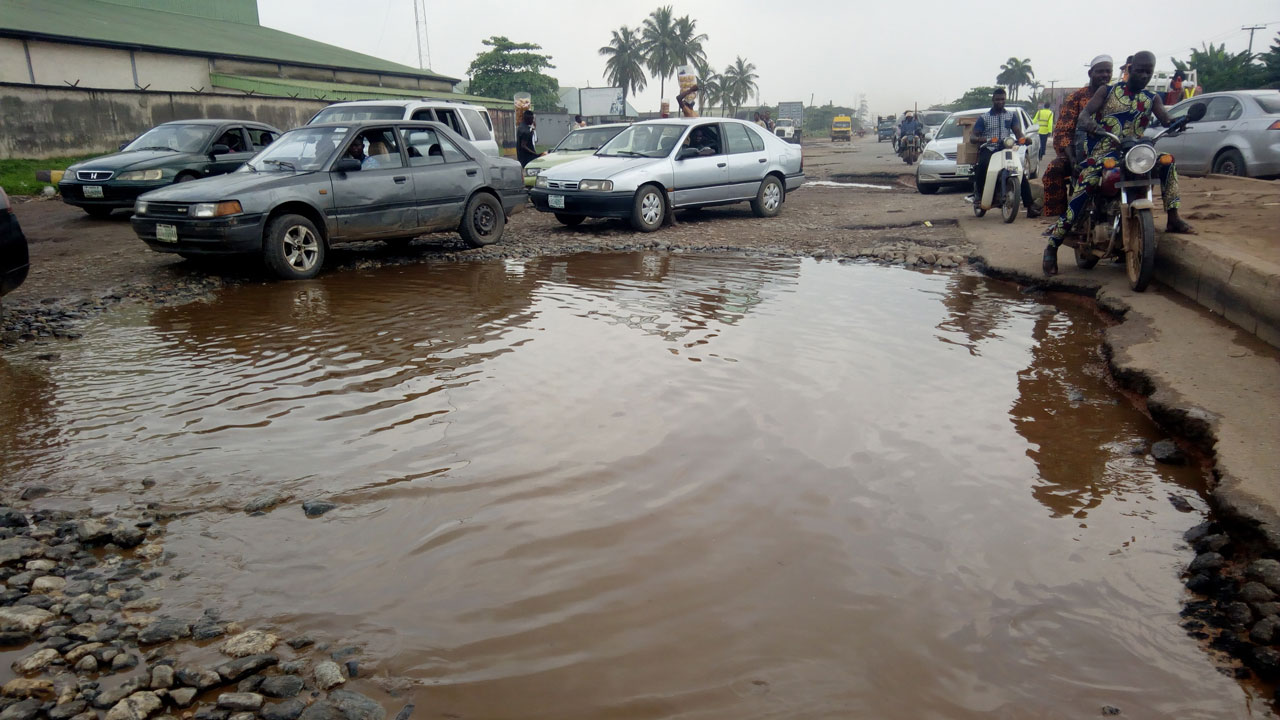 A concerned citizen, Laolu Adeyemi, has lamented the deplorable state of the Sango-Ifo stretch of the Lagos-Abeokuta expressway, which has constituted a serious menace to motorists and other road users. He called on the state government to do something fast about it.

In a post on Facebook, Adeyemi berated the construction company for working at a snail pace while residents spend several hours on the road.

“This is the current state of Sango-Ifo road, even after the project has been awarded some months ago. Julius Berger, which collected the contract has been working at a snail pace and government seems not to be concerned. Many residents of that area go through hell, commuting through the road day and night.

They inhale dust and even get stuck in traffic both day and night.

“The road is a serious nightmare for motorists as the road became waterlogged, hence impassable after a heavy downpour. Traffic was at a standstill. The makeshift drainages were sand and dirt-filled, making it impossible to channel the rainwater away from the road.

“It is unfortunate that Governor IbikunleAmosun and his entourage went through the same road a few days ago, campaigning for the APM governorship candidate… What a Country!” he wrote.

Getting yourself in the mood

Mummy, let me draw your head and your teeth