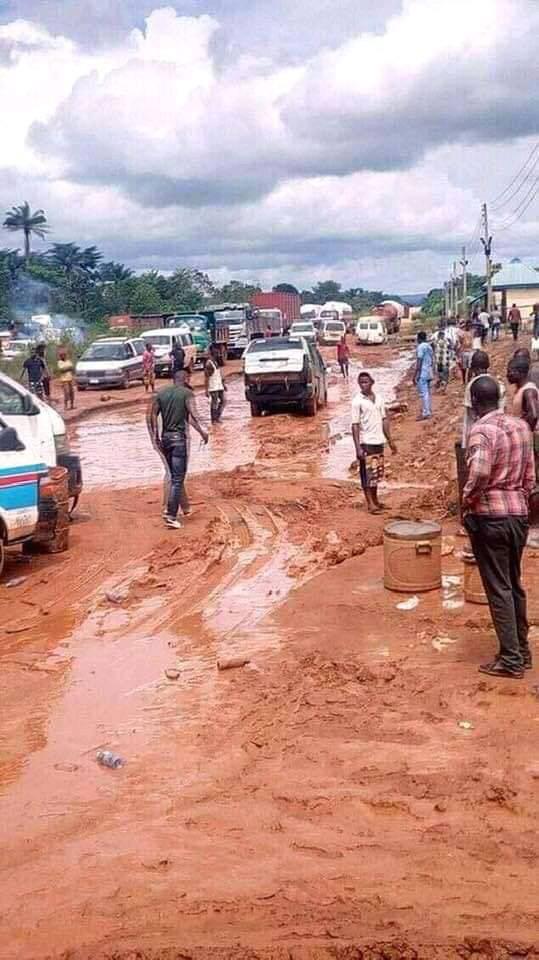 Mr. Ifeanyi Ijezue, a driver with Onitsha Mass Transit regretted that upon all the money that have been approved for the construction of the road still there is nothing tangible to show. He said: “Did you know that Onitsha – Enugu Expressway has been a reoccurring decimal in the Federal Government of Nigeria Budget since 2005? It is unfortunate that this project which has appeared in the Federal Government of Nigeria Budget for about 15 years is yet to be half done let alone completed.”

According to  Budget Office of the Federation and Federal Ministry of Finance, a total of N 45,304,159,009.28 have been wasted on this road.
What has been happening when we had representatives at the National Assembly and the Executive who use the road yet nothing has happened. Who is deceiving who”.

Another commuter, Chiwendu Ejiogu added that the current state of the road is forcing them to be operating in loss, because they can only load one trip a day and visit the mechanic workshop to repair their car.