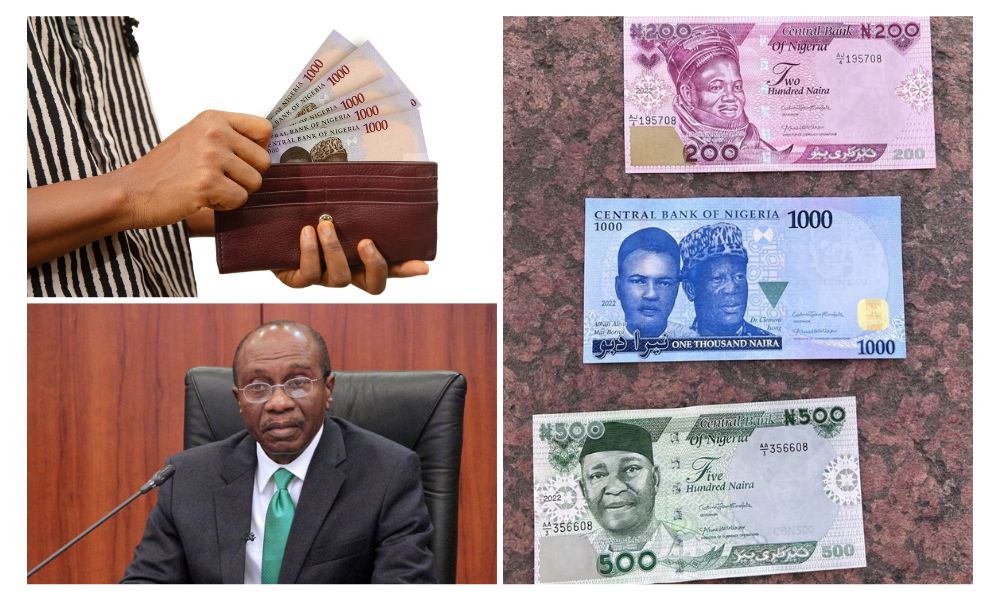 The notes parade a number of new features, apart from coming very close to the ones in circulation

The unveiling took place during the Federal Executive Council meeting in Abuja on Wednesday, November 23, 2022, in Abuja.

Godwin Emefiele, the governor of the Central Bank of Nigeria said Buhari would unveil and hinted at the possibility of the new notes beginning circulation sooner than scheduled.

Per the picture circulating on social media and seen by Legit.ng, there are remarkable differences between the new and old naira notes.

Apart from the notes retaining their original portraits of pictures of Nigerian elder statesmen and Nigeria’s founding fathers, the various denominations were close to the notes already in circulation.

Don’t give up on your dreams – Gov. Sanwo-Olu tells rescued street…

Kogi no longer safe for criminals under Yahaya Bello – IGP …

The N500 note took on the look of lemon colour, bringing to close resemblance to the former N200 note.

The N1000 note came to resemblance with the N50 naira note which many believe there is no serious contrast between the new and old notes.

The new notes also retained the Arabic inscriptions as against speculations that they would be yanked off from the new ones.

Most of the notes also retained their various security features.

The Central Bank of Nigeria had set the date for the commencement of the new naira notes for December 15, 2022, but during the Monetary Policy Committee meeting of the apex, the CBN governor, Emefiele stated that the bank would backdate the launch of the new notes following the unveiling by Buhari.