Clubbed to death by daughter’s driver 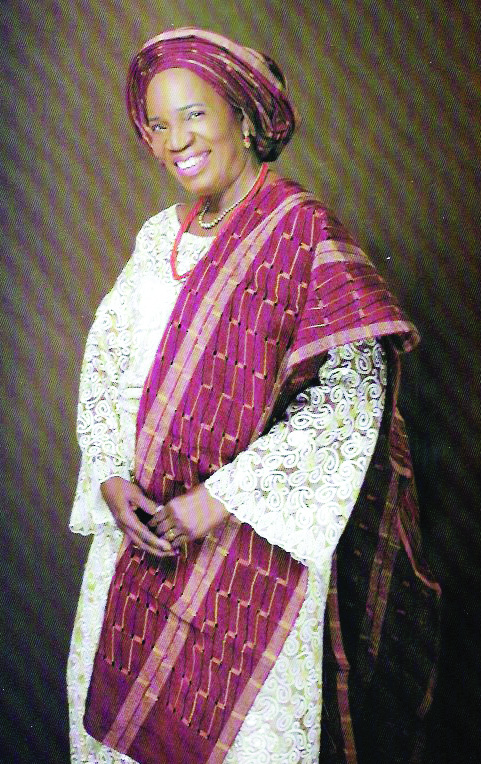 If the Okusanyas were to choose how they wanted their 76-year-old mother, Mrs. Jolasun Okusanya, to die, it would definitely not be to be murdered by her daughter’s driver.

Mrs. Okusanya who was a former acting registrar and secretary of the Pharmacist Council of Nigeria was murdered in cold blood at her No.83 Owukori Street, Surulere, Lagos residence on December 1, 2018.

It was reliably gathered that on the said day, a Saturday, Jolasun and her husband, Babasola Okusanya, a lawyer, had been invited for a friend’s daughter’s wedding.

She asked their driver to stop. She  excused herself from the vehicle to return to the house to get some cash. While in her room,  she heard a sound from her husband’s room.

Thinking it was her husband, she walked straight to the room only to find Ahmed, who had been working with the family for about five years in her husband’s room.

Investigations revealed that Ahmed, had allegedly duplicated the house key, found his way into the house with the aim of burgling the house.

He had already packed a few items when Jolasun stormed the room. Surprised to have seen her,  Ahmed attacked the old woman and clobbered her to death.

When our correspondent visited the scene of crime, brother to the deceased’s husband, who gave his name as Prof. Teju Okusanya, from the University of Lagos said the incident was a pathetic one.

Telling how Jolasun was murdered, Okusanya’s brother said:  “Jolasun and her husband,  Barrister Babasola were to attend a friend’s daughter’s wedding. At about 12:31pm that day, they drove out of the house, heading to the venue of the wedding. But on reaching the gate, she remembered that she did not have enough money on her. So, she told her husband she had to go back to the house to get some more cash, which she did.

“While in her room, she heard a noise in her husband’s room. Thinking it was her husband, she called out his name and went straight to his room, only to find Ahmed, who had duplicated the house key, on a mission to burgle the house. I think that was where the scuffle started and I guess he hit her with something and she fell down.

“The husband, who had waited for a while wondered what she was still doing inside the house.He also alighted from the vehicle and walked to the house only to find his wife in his room, lying lifeless on the ground with cuts on her forehead.

“He thought she had fallen down and slumped. So, he called out for help. At this time, Ahmed had scaled the fence to the other building. A security guard from the other building had queried his action and while he was sweating profusely, he said he was a driver with the Okusanyas.  He claimed that he was sent to do something; so they left him.

“He quickly came back to the Okusanya’s residence and took his place at the driver’s seat in Adetayo’s (daughter) car, looking like nothing had happened. While Sola (Jolasun’s husband) called for help,  Ahmed also ran along with neighbours to rush the deceased to the hospital.

“At the hospital, the doctor, who confirmed Jolasun dead, revealed that the injury on her forehead was not sustained from a fall but from possible strangulation or an attack.

“Once that was said, the son-in-law, who had also rushed to the hospital and a lawyer, Mr. Olusola King, immediately called the attention of the Iponri police division to investigate the incident. A team of policemen came to the house to investigate. They asked everyone who was around if they had seen anything outside the usual.

“It was at this point that the security man, who saw Ahmed scaling the fence, opened up to the police. The policemen immediately went to Ahmed, who was then carrying a bag, for questioning. After briefly questioning him, they asked him who owned the bag and he said it was his.

“The policemen asked him to open the bag, which he reluctantly did, and jewelry, cash in envelopess with Jolasun’s husband’s name on them were found in theag. Some of the envelopes were from his children and had tags like ‘Daddy’s Christmas money,  Daddy’s upkeep, etc.’

“A cash of N100, 000 and quite a substantial amount of dollars was found on him. He was arrested and has confessed to the crime. He has been charged to the Magistrate’s Court by the Iponri Police but the magistrate said she didn’t have the capacity to hear the case, as it was a clear case of homicide. He was remanded at the Kirikiri prison while the case was transferred for hearing at the High Court.”

Speaking on how the family has been faring since the demise  and burial of the deceased, Teju said,  the family felt very bad, especially the husband.

“She was the one taking care of her husband while he was very sick. So, right now he is greatly pained.”

On her unique virtues, Teju said: “She was an excellent wife and mother. So nice, so kind, so dedicated and religious. She raised six girls as graduates and they are distinguishing themselves in various fields. She is someone you will want to have as a wife.”

Although Babasola was not disposed to speaking with The Nigerian Xpress correspondent, he gave a tribute at the funeral, published in the programme booklet thus: “If I were to write about her when not in grief,  it will amount to writing a book. However,  I will still write concisely and accurately about her during our marriage of approximately fifty years.

“Her being recalled home suddenly at this point in my life by her maker is the greatest shock in my life and has left a big vacuum that can never be filled. I cannot uestion God, the Almighty Creator, for recalling her home on that fateful day, 1st December, 2018, as I was not privy to her creation, nor did I have any knowledge of the days allotted to her on this planet earth. As human beings, we had been looking forward to and planning for our upcoming 50th wedding anniversary and my 80th birthday in 2020.

“I have often prayed to God to let my wife, Jolasun survive me. In anticipation of His answer to my prayer, I had made provision in my will to cater for her on my demise though I knew that our children will take care of her.  But it has pleased the Lord God, our Creator, to recall her home at this time. As mere mortal, I must accept the Lord’s decision.”

Senate adjourns for lack of quorum