...Expresses sadness that despite riches and Amaechi's N78b from FG, the State is still borrowing big time to execute highly inflated projects 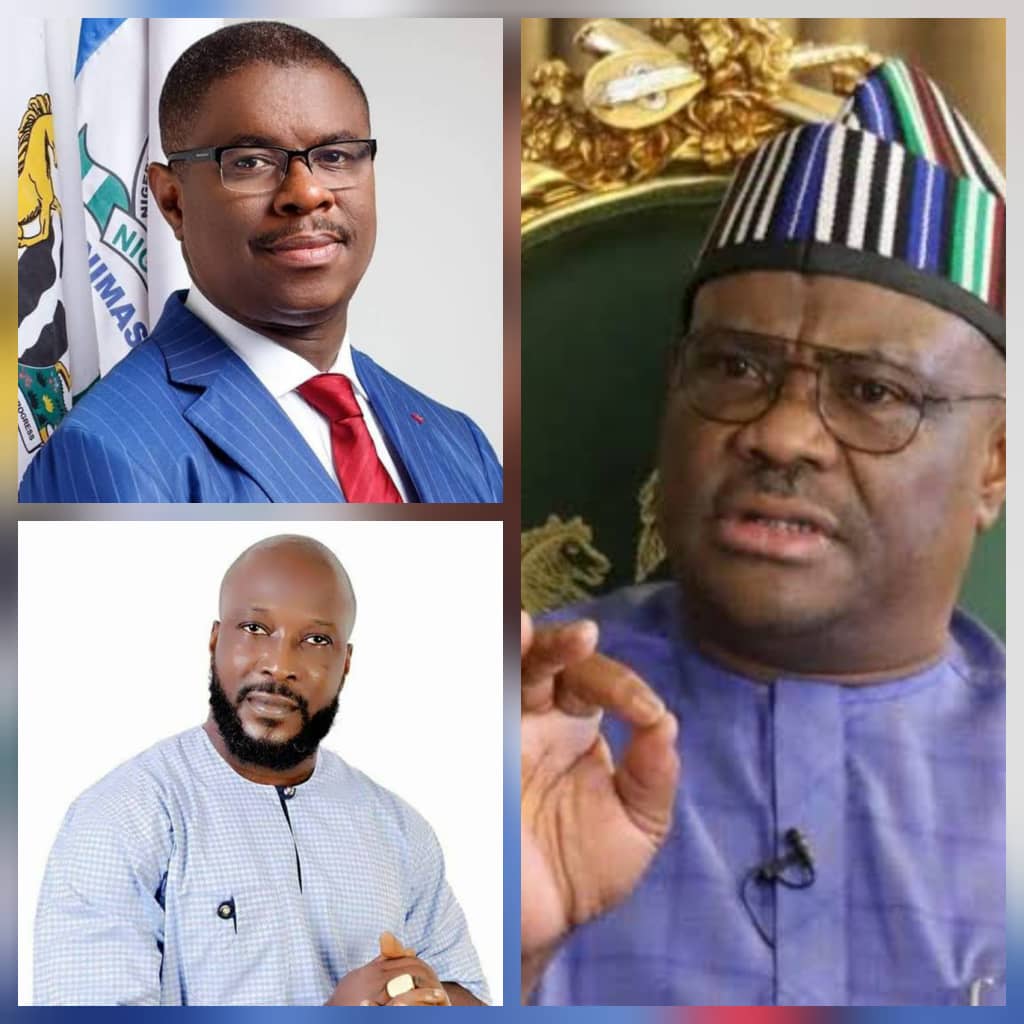 The perpetual mismanagement and manifest diversion of funds meant for strategic human development schemes, profitable capital projects and other serious businesses of government under the administration of Gov. Nyesom Wike and the People’s Democratic Party, has taken a very scary dimension, such that has raised a big concern among enlightened populace and justifies the need for a general picket and fundamental change in government.

Reacting to the unchallenged symphony of mindless looting committed by the Rivers Governor with the aid of conscienceless officials of the state government, chieftain of the All Progressives Congress and erstwhile National Publicity Secretary of the defunct New People’s Democratic Party (nPDP), Chief Eze Chukwurmeka Eze said Wike is hiding under the masthead of immunity to loot public funds with impunity and without regard to the ruinous effects of his customary money-grubbing attitude to the state and its people.

In a statement made available to media houses in Port Harcourt, Eze said the official robbery in Rivers state has transmogrified into a level that sycophants will almost lynch one to death if one dares dispraise the Governor for any wrongful act in relation to application of state resources and the general administration of the state.

According to the party Chief, it burdens the heart to comprehend the fact that a state government will go as far as taking local and foreign loans just to make funds available for looting and pillaging and the legislature appears have lost its voice in the in midst of the menacing robbery.

Commending Dr. Dakuku Peterside, for bringing to public knowledge the huge indebtedness of the state to local and foreign corporate bodies, Eze said incurring debts to the tone of N300 billion without commensurate achievements to justify judicious application of the borrowed funds is grossly larcenous and calls for questions.

From his article:- ‘Wike lacks moral right to talk about credible elections’, published September 28, 2021, Dr. Peterside said “only yesterday the state executive council approved further borrowing of N25 billion without stating where the money would be borrowed from and how much is allocated to each of the items that necessitated the borrowing; things are just shrouded in secrecy due to lack of open bidding and disregard for due process”.

Responding, Eze threw up a poser, ‘What need would there be to consider borrowing when the state has been kept in the dark over the N78 billion Federal Government Refund to Rivers State for FG projects executed during the administration of former Governor Chibuike Amaechi?

Dakuku, like several other concerned citizens, also raised concerns over the deliberate blanketing of the state annual budget since 2015 for ease of looting.

When the criminal concealment of budgets, diversion of public funds and other official criminal engagements led to the exclusion of the state from list of beneficiary-states in a recent FG loan application to the World Bank, the Governor hurriedly directed the upload of the 2021 budget on the state website to justify his clueless allegation that FG excluded Rivers from benefiting from the usufructs of the loan scheme.

Amb. Sobomabo Jakrich, the leader of the Network for the Defense of Democracy and Good Governance (NDDGG) and Founder of Kengema Unity Forum (KUF), in his expository piece, on the horrendous budget of 2021 uploaded online a few days ago, outlined the budgetary loopholes through which billions have been by siphoned Gov. Wike.

The KUF leader, in an article titled “Rivers State Government Secret Budgets: The Ongoing Contract Splitting and Racketeering”, brought to public knowledge the inconsistencies in budgetary allocations for specific projects and the real amount expended on such projects.

“…From the state budget documents, all Awards of Flyovers in Rivers state have been at the behest of the Governor who only announces to the public what he has decided without compliance with Appropriation and Procurement Laws of the state.

Subject to open enquiry, doubtlessly and incontrovertibly though, there is not one Flyover project cost that under the current Rivers State Government that is without questions of impropriety and irregularities.

…According to the Rivers State Government, “One of them will be at the intersection of the Olu-Obasanjo Road on the Port Harcourt/Aba Expressway. That bridge will be about 800 metres long….” (referring to the WATERLINES FLYOVER on the Port Harcourt/Aba Expressway). And the other flyover bridge which according to the Government is being constructed at the intersection of the Ikwerre Road, where you have the Olu-Obasanjo Road and Azikiwe Street, also known as IKOKWU FLYOVER will be one kilometre long. Both projects will come at a combined cost of about N12.4bn.”

The GRA junction Flyover, Ezimgbu-Mama B/Tombia Street extension/expansion is Awarded at Fifteen Billion, Five hundred million Naira (N15.8B) on record and this is published on all mainstream News including the Governors Press Statements and Handles.

Meanwhile, what the 2021 budget appropriated and provided for is one billion, Seven hundred and sixty six million, eight hundred and fifty one thousand, five hundred and forty seven thousand, fifty one kobo (N1,766, 851, 547.51). The road for expansion is 680 meters, while that of the Flyover is 502 meters.

The length of the Flyover Bridges includes Artillery 1 and 2: 517.5 metres, Rumuokoro 360 metres, and Garrison 360 metres.

2021 Budget allocation for Rumuola flyover Reconstruction is put at One Billion, Five hundred Million Naira, only (1,500,000,000).

It follows that the Rivers State Government announced Sixteen billion Naira only for Rumuola Bridge contrary to the value captured in the Appropriation Law of Rivers State 2021.

Meanwhile the total figures published by Rivers State Government on its Press Statement and Governor’s broadcast for Rumuogba, Rebisi and Okoro-nu-odu put at Twenty one Billion Naira, plus Rumuola is at total – Thirty six billion and Eight hundred Million Naira…”

Chief Eze said the awful facts  above, laid bare in the piece represents the truth in the serial rape on the commonwealth of Rivers people since 2015 when the state began to witness steady decline in all facets of life including education, health, critical infrastructure, investment, economy and quality of life.

With the shocking revelations, the party Chief called on the Rivers State Chapter of the All Progressives Congress to redouble preparations to take over the Brick House, noting that the state has had enough larceny from thieving officials who loot the treasury without recourse to posterity.