Centenarian calls for abrogation of obnoxious traditions against widows 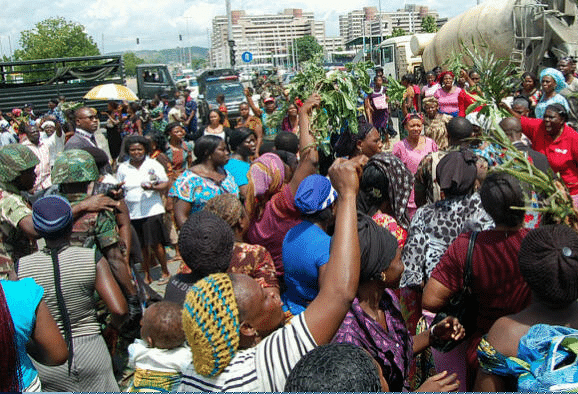 Mrs. Mercy Ajoku, a centenarian and mother of Sen. Eze Ajoku, has called for abrogation of obnoxious traditions against widows in Nigeria.

Ajoku made the call in a statement to the News Agency of Nigeria (NAN) on Monday in Abuja and signed by Sen. Ajoku

She condemned the age long tradition of oppressing and denying widows their husbands’ property or farming lands, especially in the Eastern part of Nigeria.

The centenarian also advised wives to accommodate their mothers-in-law which she said was morally right.

“Families and men should not molest widows or deny them privileges because their husbands are dead,” she said.

READ ALSO: http://Man kills own children, injures another in Ebonyi

The centenarian, who celebrated her 101-year-old on earth on December 26, thanked God for granting her the grace of longevity, a development she described as blessing.

According to her, uprightness is important “for all so that God will keep all to old age, especially youths who must honour their parents.”

Sen. Ajoku, former Senator for Imo East and President Coalition of Societies for the Rights of Older Persons in Nigeria (COSROPIN), reiterated the call on government at all levels to establish policy on ageing persons in the country.

Ajoku explained the policy would engender the aged unprecedented access to quality healthcare delivery in all the States of Nigeria.

According to him, government should also ensure financial support for the aged in assisting to enable them access good medical care.

“Diseases like hepatitis, hypertension and other sicknesses prevalent with old age would be taken care of, if the policy on age is established.”

Highlight at the birthday ceremony was a fete, organised by Sen. Ajoku fetes for men and women of over 70 years, an annual end of the year party in honour of his mother. (NAN)

Man kills own children, injures another in Ebonyi

6 men in Vietnam sentenced to death for raping, killing student