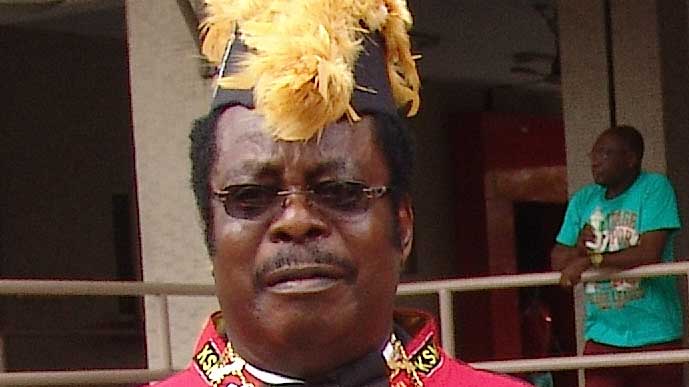 Members of the Order of the Knights of St Mulumba Nigeria, have tasked the Federal Government to allow creation of state police to help tackle parlous security, rising kidnap and banditry bedeviling Nigeria.

Leader of the group, Worthy Supreme Knight, Sir Diamond Ovueraye KSM, who read the text of the press conference held at the Nigeria Union of Journalists (NUJ) Plateau State council, on Thursday night, in Jos, made the appeal.

“It is on account of these glaring inadequacies and challenges of the current Policing efforts that we (Order of the Knights of St. Mulumba Nigeria) advocate regional Policing, that comprise of people from that region, known to the people, conversant with the territory and acting as an occupational force.”

Sir Ovueraye noted with sadness that the over two decades of Plateau civil unrest have consumed several innocent lives.

“The first major ethno-religious conflict of 7th September, 2001 in which over 2000 lives were lost and property worth millions of naira were destroyed.

“The conflicts kept recurring sporadically in different parts of the state, leading to wastage of enormous human and material resources.”

It frowned at the xenophobic attacks on Nigerians in South Africa.

The Order of the Knights of St. Mulumba named some other challenges bedeviling Nigerian citizens apart from insecurities.

“At 59 years of nationhood, who can thump his chest and say all is well? Is it we with our educational system, our hospitals, roads, our political system, our youth, or our basic infrastructure?

The Order, therefore, revealed that KSM Nigeria was intervening in providing some lacking social amenities apart from missionary works and instilling Catholic doctrines to members, it ensure healthy living of the general public in Nigeria.

The 40th Supreme Convention conference of the Order of Knights of St. Mulumba Nigeria Knighthood in the Catholic faith is the highest of all associations and societies which takes decisions on behalf of the church.

The Order therefore called on governments at all levels to ensure good governance which partly engender freedom of worship.

Members of the Order of the Knights of St Mulumba Nigeria had paid a courtesy call on Governor Simon Lalong, the Catholic Archbishop of Jos, Archdiocese Most Rev. Dr. Ignatius Kaigama, and the chairman Council of Chiefs Plateau State, the Gbong Gwom Jos, Jacob Gyang Buba.

The 40th Supreme Convention conference of the Order of Knights of St. Mulumba Nigeria, holding in Jos, Plateau state ends, on Sunday, this week.