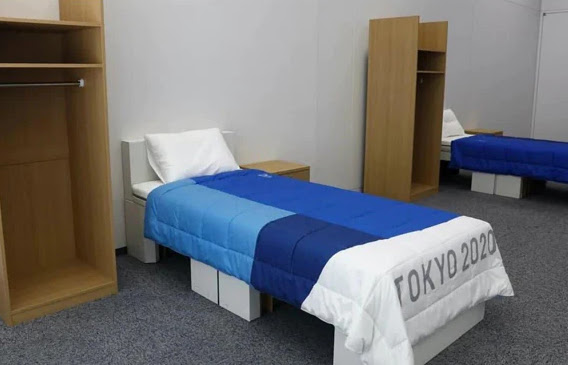 The cardboard beds at theTokyo Olympic Village are “sturdy”, organisers reassured on Monday, after a report warned they weren’t strong enough for s*x.

Irish gymnast Rhys McClenaghan filmed himself jumping repeatedly on a bed to prove the point, after the report in the New York Post claimed the beds were deliberately flimsy to promote social distancing.

“The beds are meant to be anti-sex. They’re made out of cardboard, yes, but apparently they’re meant to break with sudden movements. It’s fake — fake news!” McClenaghan said in the video posted on Twitter.

The report in the New York Post was based on a tweet, apparently tongue-in-cheek, by US distance runner Paul Chelimo who said the cardboard beds were “aimed at avoiding intimacy among athletes.”

“Beds will (only) be able to withstand the weight of a single person to avoid situations beyond sports,” he tweeted.

It’s not the first time the beds, which signal a commitment to sustainability, have come into question.