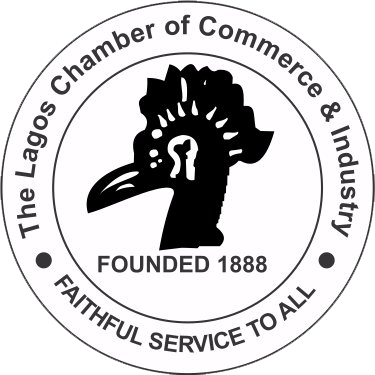 The Lagos Chamber of Commerce and Industry (LCCI) has outlined 17 areas it wants President Muhammadu Buhari’s administration to focus attention in its second term in office if it wants to rescue the country from economic doldrums.

President of the Chamber Mr Babatunde Ruwase said in Lagos that among other issues, Federal government should commit to policies and programmes that would accelerate economic growth and ensure that the country’s growth rate surpasses population growth.

The chamber noted that private sector investment is a critical growth driver, urging the government to commit to the creation of an enabling environment that would bring about a quantum leap in private investment.

The LCCI recognises the Economic Recovery and Growth Plan (ERGP) as the main economic policy document of the present administration and therefore urged the government to position the private sector to play the role expected of it in the important policy document.

It also urged the Buhari administration to focus on attracting investments, through an appropriate public private partnership to attract private capital in the financing of bankable public sector projects.

On the Africa Continental Free Trade Agreement (AFCTA), the LCCI calls on the government to ensure that appropriate safeguards and measures are put in place to protect vulnerable sectors of the economy, saying that  rules of origin should be enforced and once these two issues are addressed Nigeria can sign the treaty.

The Lagos chamber proposed a more liberal visa policy regime, which should grant nationals of selected advanced economies visa free entry into Nigeria for a maximum of 30 days. This, it said, would positively impact Nigeria’s FDI, hospitality and tourism industry.

It called on the government to compel the Nigeria Customs Service (NCS) to subscribe to the Ease of Doing Business policy of the government, without necessarily compromising its security surveillance.

On rail infrastructure, the LCCI urge the Federal government to expedite actions on the ongoing rail projects across the country to ensure cost effective logistics for investors while it wants the issue of poor road maintenance to be addressed in a sustainable manner. The chamber calls for the passage of National Roads Fund Bill.

It said: “Government should also introduce tolling on inter-state roads that have been completed to ensure sustainable finance for maintenance of roads.

In the area of oil and gas sector reforms, the LCCI said a more expeditious consideration be given to the Petroleum Industry Bill through appropriate collaborative actions with the National Assembly; the need to prioritize local refining of petroleum products to ease pressure on our reserves; the protection of manufacturers of gas cylinders to promote industrialisation, self-reliance and conservation of foreign exchange and the intervention of the Federal government to reduce the burden of excessive taxation on oil and gas investors in the country

The Chamber also proposed that policies and incentives be put in place to encourage decentralization and more off grid solutions in the power sector, urging government to encourage and facilitate more off grid power generation for improved access to power. It said the Aba and Sura market power initiatives should be widely replicated across the country.

In the world of female keke operators