Buhari to Atiku: Your court case not surprising 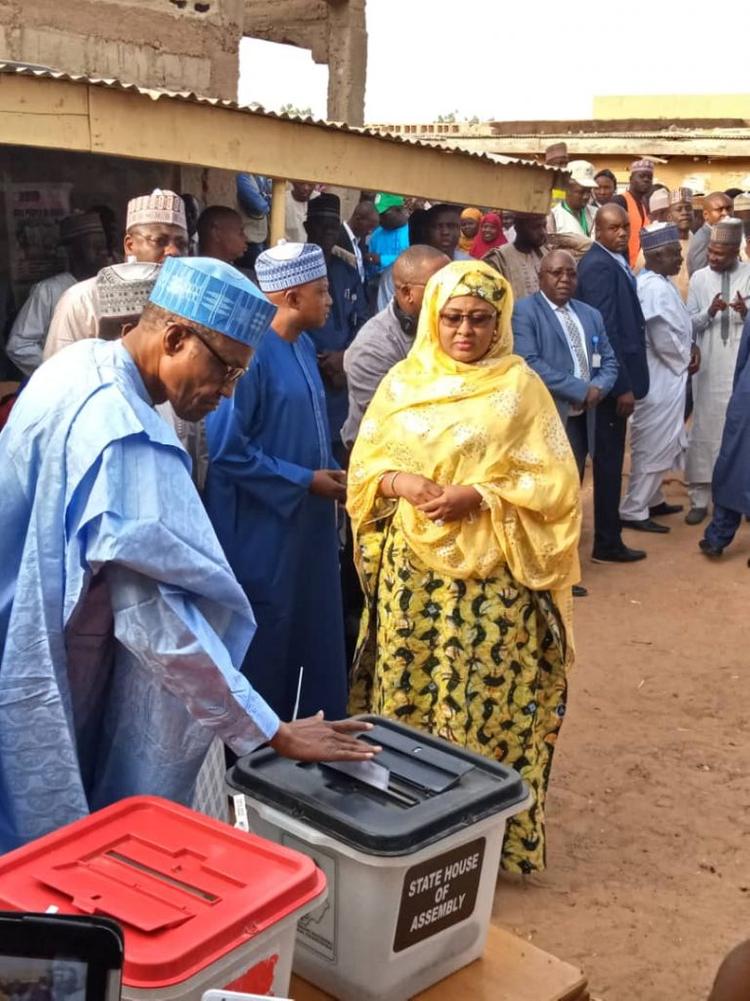 President Muhammadu Buhari says the court case instituted against his electoral victory by Atiku Abubakar, the defeated candidate of the Peoples Democratic Party (PDP), is not unexpected.

The president stated this shortly after casting his vote during the gubernatorial and State House Assembly elections at the polling unit 003 Kofar Baru III, Gidan Niyam, Daura, Katsina State.

The Independent National Electoral Commission (INEC) had on February 27 declared the president winner of the 2019 presidential election held on February 23.

However, Atiku, who won in 17 states and the FCT to occupy the second position, had through his legal team filed case at the Presidential Election Tribunal, challenging the result of the election.

Atiku had demanded that materials used for the February 23 presidential election be inspected by his legal team.

But, President Buhari, who reacted to the decision of Atiku to seek legal redress over the outcome of the election, told newsmen at the polling unit that: “I expect that to happen.’’

The president expressed concern over the reported cases of violence before and during the last presidential and national assembly elections.

He, however, commended the efforts of the security agencies in addressing the various security challenges across the country.

“I will leave it (security) to the law enforcement agencies especially the police, because they have been meeting virtually on a 48-hour basis to make sure that they have identified the flashpoints, as you mentioned, wherever they are and make arrangements to counter it,’’ he said.

The president, dressed in a sky-blue traditional babanriga with a blue cap to match, alongside his wife, Aisha, had earlier voted at the polling unit 003 Kofar Baru III, Gidan Niyam, Daura, Katsina State. (NAN)