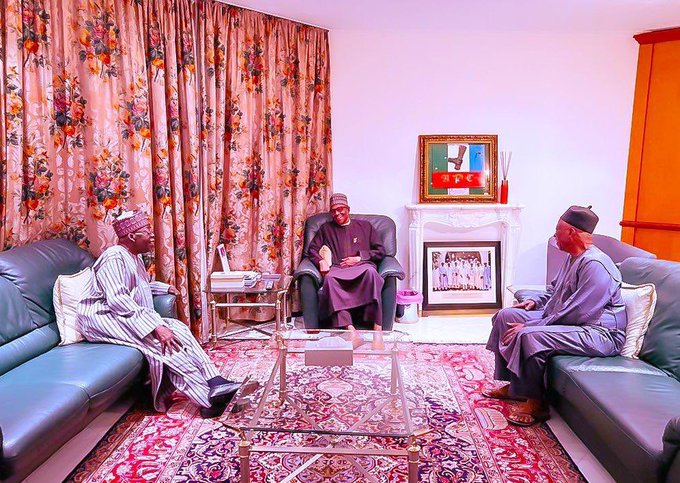 It is believed that the meeting of the two leaders was over the party’s presidential campaign.

Recall that President Buhari had arrived from London to Abuja, on Sunday, after a successful medical trip in the United Kingdom.

The duo discussed with the president on modality for the flagging off the party’s presidential campaign.

The APC had fixed November 15, 2023 to flag off its presidential campaign in Jos, Plateau State.

Tinubu had been going round the country meeting with key stakeholders as he seeks to win next year’s presidential election and take over power from President Buhari.

He has met with the business community in Lagos and also met with farmers, in Minna, Niger State.