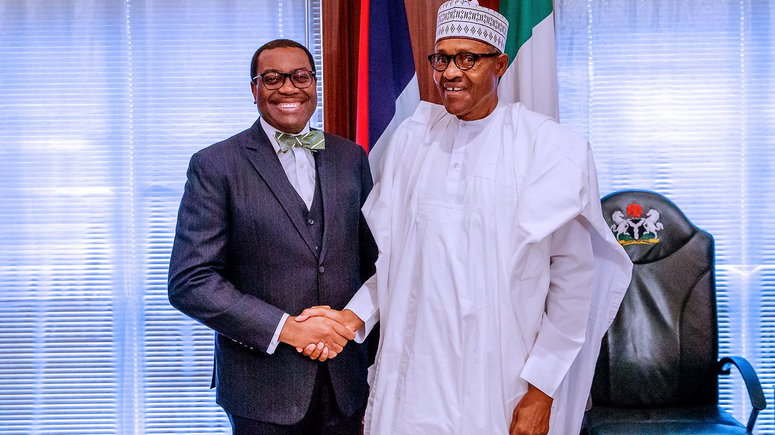 President Muhammadu Buhari on Tuesday met behind closed doors with Dr. Akinwunmi Adeshina, the President of the African Development Bank (AfDB) at the President Villa, Abuja.

News Agency of Nigeria (NAN) reports that the AfDB boss, who arrived the Presidential Villa at about 11.20a.m, was escorted to the president’s office by presidential aides.

Adeshina had on December 21 attended the 56th Ordinary Session of the ECOWAS Authority Heads of State and Government where he announced that the bank had helped to support 18 million people to have access to electricity.

The AfDB chief said the bank also supported another 141 million people with access to agricultural technologies for food security.