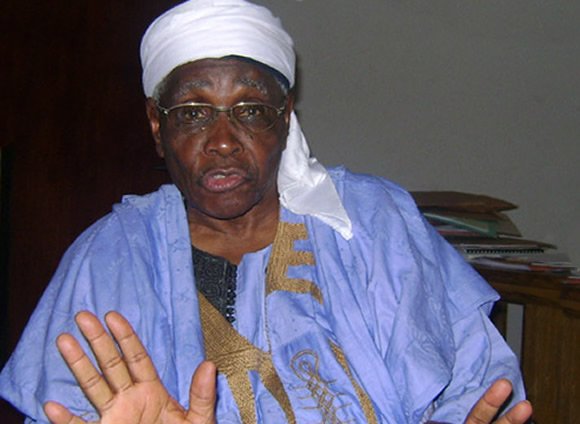 Chairman, Northern Elders’ Forum (NEF) Professor Ango Abdullahi said on Tuesday that President Muhammadu Buhari is not fighting corruption in the country, saying “prisons ought to be full by now if he is truly fighting it.”

Ango Abdullahi stated categorically that, “we have now seen corruption on a massive scale, and nobody is doing anything about it”.

He stated this while fielding questions from Journalists on Tuesday in Kaduna shortly after the opening ceremony of a public lecture entitled, “Education as an instrument for national integration: The northern Nigerian Crisis.”

According to the elder statesman, if President Buhari was committed to fighting corruption, the nation’s courts and prisons would have been congested with corrupt politicians.

He said many corrupt politicians are going about freely because APC has forgiven their sins, pointing out that the case that readily came to mind is that of Senator Danjuma Goje whose ‘sin’ was allegedly forgiven by APC.

“You don’t just pick one case and make it a universal example of fighting corruption. We have just seen the conviction of Orji Uzor Kalu and it is becoming something that the world should know when there are so many people with seventy-something billion with them. Those people should be in the same prison with Uzor Kalu. (SOLACEBASE)