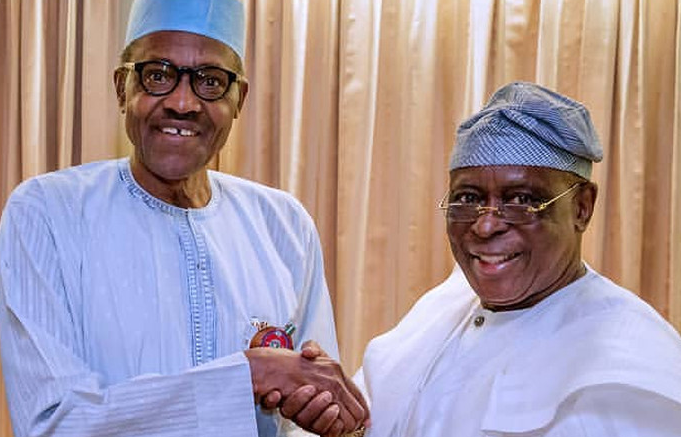 The president, in a statement by his spokesman, Mr. Femi Adesina, in Abuja on Sunday noted that the event had been beautifully heralded with the launch of his memoir, “Battlelines: Adventures in Journalism and Politics.”

He observed that as a loyal party member, Osoba had successfully translated words into action by fully participating in politics and governance, and leaving a legacy of serving as a governor of his state in two republics, 1992-1993 and 1999-2003.

The president commended Osoba’s unwavering commitment to building strong institutions that would encourage participatory democracy and development in the country.

He recalled that their many conversations with Osoba, including the visit to the State House last week, had always centered on Nigeria and her people, with wise and insightful counsels on engendering a better country.

According to him, as Osoba turns an octogenarian, his lofty contributions, with some already brilliantly captured in the memoir, will always be remembered.

The president affirmed that the real impact of his wealth of experience, selfless spirit and many sacrifices in leadership would transcend pages and continue to resonate in the many lives he had touched.

He prayed that the almighty God would grant the former governor ”longer life, good health and strength to continue serving the country he loves so much, and bless his family. “(NAN)

AFCON: Nigeria’s match against Algeria will be tough — Odegbami