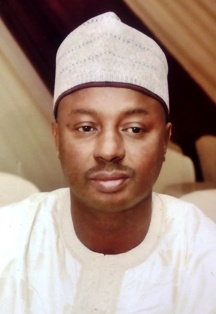 President Muhammadu Buhari has approved the appointment of Dr Bayero Salih-Farah as the substantive Director-General and Chief Executive officer of Nigerian Institute of Transport Technology (NITT), Zaria, for a four-year tenure.

The Director, Public Affairs, NITT, Mr Paul Mshelizah, disclosed this in a statement on Tuesday in Zaria.

Masheliza said the appointment was communicated via a letter signed by the Permanent Secretary, Federal Ministry of Transportation, Alhaji Sabiu Zakari.

According to him, the letter indicates that the appointment takes effect from Monday, January 13, 2020.

He said the letter read in part: “I am pleased to inform you that the President of the Federal Republic of Nigeria, by a letter Ref. No. PRES/99/MT/26, dated January 13, 2020, has approved your appointment as the Director General/Chief Executive Officer of the Nigerian Institute of Transport Technology (NITT), Zaria, Kaduna State.

Mashliza added that Zakari congratulated the new director-general on his appointment and wished him a successful tenure in office.

Salih-Farah was until his new appointment the Acting Director General/Chief Executive of the institute having been appointed in acting capacity on May 6, 2019.

After successful completion of primary education, he attended Katsina Teachers College from 1976 to 1981 where he obtained his Teachers’ Grade II Certificate.

He later proceeded to Usman Dan Fodio University formally University of Sokoto where he obtained his Bachelor of Science Degree in Geography in 1987.

Not satisfied with the first degree, Salih-Farah proceeded to Ahmadu Bello University (ABU) where he obtained a Post Graduate Diploma in Public Administration in 1992 and another postgraduate Diploma in Transportation at the Nigerian Institute of Transport Technology NITT, Zaria in 1995.

He returned to ABU, Zaria in 1995 for his Master’s in Business Administration (MBA) and through hard work and resilience obtained his PhD in Management and Business Studies with Specialisation in Logistics and Freight Traffic Management from the prestigious University of Huddersfield, United Kingdom.

He took appointment with NITT Zaria as a Senior Staff Development Officer in 1994 and by dint of hard work rose to the position of Director in 2013.

All through these years, Salih-Farah has made his mark having carried out the responsibilities bestowed on him with diligence, commitment, dedication and professionalism and his performance was outstanding.

Of particular note was his ability to increase the participation level of people in NITT training programmes over these years, while serving as Director Training.

Prior to that, Salih-Farah had supported past Chief Executives to huge success in the administration of the institute where he served as Special Assistant to two former Chief Executives.

Administratively, Salih-Farah had garnered a lot of experience and thus his management style is result oriented and he is a very hands-on administrator.

“An accomplished scholar and astute administrator per excellence, the new D-G is very humble, gentle, level headed, a team player, a man of vision, a firm believer in team work, and very firm in taking decisions.

“Within the short period of his assumption of office as Acting D-G, he has done a lot to turn things around in NITT by mobilising the staff with support from the Governing Council toward repositioning the institute which are in tandem with the policy objectives of the present administration of taking the country to the next level.

“In the course of his service, he attended so many courses on transportation, across many Countries in Africa, Europe and Asia.

“Salih-Farah is happily married with children and his hobbies include current Affairs, sports and travelling,” the statement read in part. (NAN)