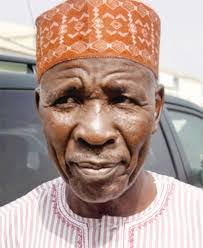 Ologbondiyan said Galadima was whisked away by armed security operatives, on Sunday.

The PDP spokesman, who tweeted this, did not say where and when the incident happened.

“Nigerians and the world over should know this— Alhaji Buba Galadima has just been kidnapped by masked security operatives, his whereabouts is unknown. Buhari/APC are hell bent on destroying our hard earned democracy. We will never be cowed, the will of the people MUST prevail,” he tweeted.

Festus Keyamo, spokesman of the All Progressives Congress (APC) presidential campaign, had earlier demanded the immediate arrest of Galadima “for attempting to release fake news on the victory of Atiku.