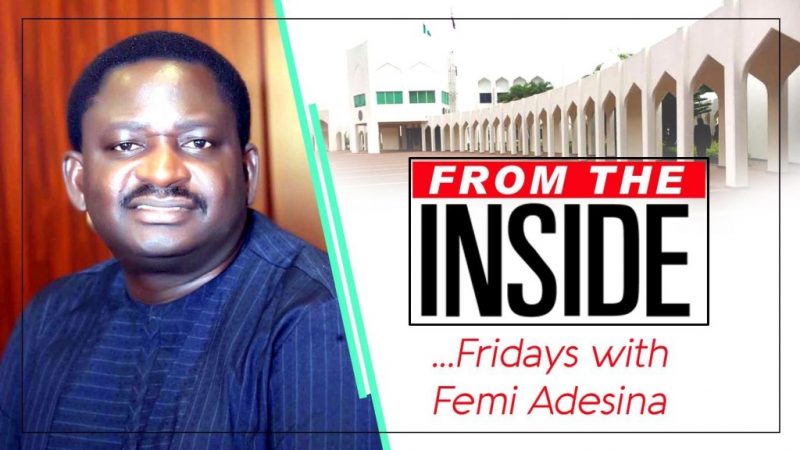 My first intervention some months back on the war against hard drugs use in the country was under the headline ‘Buba Marwa and the Bad Guys.’ And here I come again today, armed with facts on how the National Drug Law Enforcement Agency (NDLEA) has suddenly come alive under its Chairman/Chief Executive, Brig. Gen. Mohammed Buba Marwa, and is giving a bloody nose to traffickers, peddlers and users of narcotic substances in the country.

On Thursday last week, Gen. Marwa was our guest at the weekly State House Press Briefing. And what an illuminating session it was. He unfolded in graphic details, with video evidences, what has been going on in the drug war.

He described 2021 as a year, “which in the annals of NDLEA is epochal, defined by the renewed war against abuse and trafficking of illicit substances.”

Everything boils down to leadership. If the NDLEA is suddenly energized and is now making conquests, it is all about leadership. And Buba Marwa acknowledges the support of leadership at a higher level. Hear him: “It is prudent for me to state upfront that a progress report of the NDLEA should not be taken as an isolated appraisal; rather, it should be taken as an integral part of the anti-drug trafficking thrust of the administration of President Muhammadu Buhari. Not only did Mr President set the tone for the fight against illicit drugs by handing the Agency the mandate, the direction and the set objectives, he also provided the catalysts-willpower, financial intervention and moral support that boosted NDLEA’s capability to deliver.”

Give it to President Buhari. He has identified some round pegs for round holes in the country, given them the necessary support, and they are doing exploits. Buba Marwa is one of them.

I recall a meeting at the Presidency some months ago, where the issue was whether to bring in foreign hands into the battle against insecurity in the country, or not. President Buhari was all for the efficiency and efficacy of local capacities, citing what Buba Marwa was doing at NDLEA as an example. He used that to illustrate the fact that Nigeria has all it takes to prosecute its wars at different fronts and levels.

What has the NDLEA done under Marwa, with the support of President Buhari, and the technical support of the United Nations Office on Drugs and Crime, UNODC?

First, internal reforms and cleansing. Hear Marwa: “It is pertinent to note that the anti-drug trafficking agenda can hardly be prosecuted without the Agency itself first going through a reform process to transform it into an efficient drug control apparatus.” 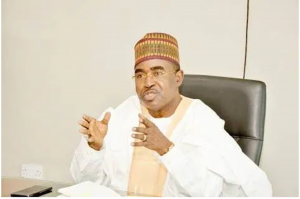 He described the situation he met when he was appointed at the beginning of the year as “a far cry from the ideal. The NDLEA at the time was decrepit, grossly incapacitated, hampered by institutional encumbrances, poorly funded and understaffed” with the officers and men working under disenchanting circumstances.

Hence, the starting point was a reinvigoration of the workforce. About 3,506 officers whose careers had stagnated for as long as 20 years were promoted, unpaid entitlements were cleared, including burial expenses to the families of 188 officers who died in the line of duty, and owed since 2014.

Hear this. Despite the dangerous nature of the work, NDLEA never paid burial expenses. It was officers and men who would contribute from their pockets to bury the dead, and give tokens to their families. How dispiriting, disillusioning, depressing. President Buhari and Buba Marwa have reversed the trend.

(OPINION) Rivers and Flyovers: A Stirring Tale of Woeful…

Still on internal reforms, the agency has created directorates on Planning, Research and Statistics, Special Duty and Strike Force, being trained at the Nigerian Army School of Infantry, Directorate of Media and Advocacy, as well as of Airport Operations. The overall result is that we now have a properly structured intelligence-driven anti-narcotics organization.

The National Drug Use Survey of 2019 by UNODC gave a shocking portrait of drug abuse in Nigeria. The country has a drug use prevalence of 14.4, which is almost three times the global average. Holy Moses! Jumping Jehoshaphat!

The NDLEA under Marwa, therefore, embarked on drug supply reduction activities to mop up existing illicit drugs in the country, stem the influx of narcotic drugs, disrupt, disconnect and dismantle the trafficking pipeline.

Here are some of the achievements as at October 15, this year, according to Marwa, a former military Governor in Borno State, and administrator of iconic influence in Lagos State.

-Over N100 billion worth of drugs and cash recovered

Mind boggling seizures and interceptions made include 230 tons of cannabis in Edo State, 451,807 Captagon tablets at Apapa seaport, in Lagos, 1,994,400 capsules of Tramadol, 144,400 bottles of codeine syrup, 32.9 kg of cocaine worth over N9 billion in October alone, and the biggest single seizure from an individual in 15 years, 26.840 kg of cocaine smuggled from Brazil.

It was quite pleasing and encouraging to hear this from the NDLEA boss: “By the end of this year, we would have dealt sufficient decisive blows to the cannabis cartels in the country, going by the rate we’re going into the forests to destroy hundreds of hectares of their plantations in our ongoing operations.”

Pause and think of the havoc that would have been wreaked on the fabric of our society, if all the intercepted narcotics had been successfully spirited into the country. The pervasive insecurity issue cannot be divorced from the use of hard drugs, and can only be exacerbated by an unbridled flow.

President Buhari is giving the support necessary, and Marwa and NDLEA are giving the bloody nose to the bad people, unscrupulous men and women who will make money at the detriment of humanity and the society. No wonder Buhari shot them in his first coming.

Who says this country is irredeemable? Not with men of sterling character like Buhari and Marwa.

Rivers APC Congress: Abe, his conspirators are mere voyagers on a speed lane to the abyss – Chukwuemeka Eze

(FROM THE INSIDE) JOE IGBOKWE: WHEN IT’S A CRIME TO LOVE BUHARI, NIGERIA AND IGBO…