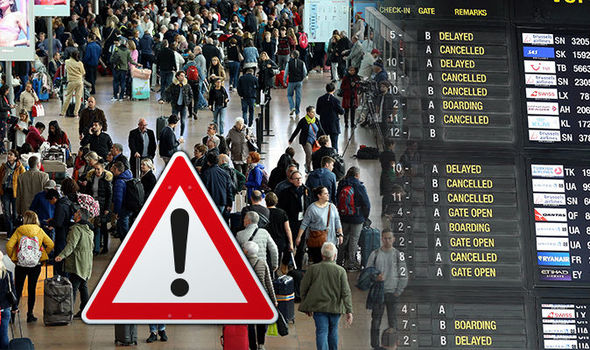 All flights to and from Brussels airport were cancelled between 9:30 am (0730 GMT) and 1 pm on Thursday due to an air traffic controllers strike, Belgium’s main international airport announced.

“Brussels Area Control Centre will be closed between 9:30 and 13:00 local time.

“As a result, we expect a severe impact on passenger and cargo flights operating to and from Brussels Airport during this time frame.

“Consequently, delays, late arrivals as well as cancellations will remain possible throughout the whole day,’’ the airport wrote on its website.

According to the RTBF broadcaster, over 50 flights had been cancelled by Thursday morning.

“Some arrivals and departures had also been annulled at Charleroi, the low-cost airport 50 kilometres south of Brussels.

“The industrial action follows a deal struck last week on working conditions for air traffic controllers that was not fully supported by all unions,’’ the Belga news agency reported.

Employees at Skeyes, the Belgian air traffic control authority, complain of a heavy workload and a lack of work-life balance. (NAN)