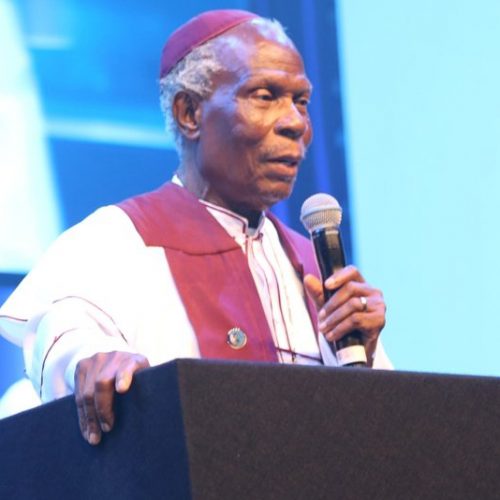 The Cherubim and Seraphim Unification Church of Nigeria, has expressed it’s dissatisfaction with the state of insecurity in the country and has called on the Federal Government not to fall for any bait to have a round table conference with the terrorist group Boko Haram as this will be setting a dangerous precedent.

The Supreme Head of the Church, His Most Eminence, Dr Solomon Alao, made this call during a press conference to announce the 2020 Annual General Conference of the Church whuc holds between Thursday and Sunday, thus week, in Ibadan, Oyo State.

In his words, “Our dear country and our leaders need our ceaseless prayers, it will be self-deceit if we conclude that all is well. As a priest and prophet, I am not comfortable with what I see.

” The various challenges facing our country continue unabated, perhaps in increasing velocity. Despite the seeming attempts by the government to downplay it, Boko Haram, the terrorist group created by Islamist fundamentalist has taken a center stage with the the Federal Government becoming outwitted due to the lack of political will.

“In the process, various solutions had been profered including a proposal of a round table conference with the criminal religious fundamentalist. I hope the central government would not fall for the bait because a dangerous precedent would have been created.

“The agitation for restructuring which has been unsuccessfully swept under the carpet continue unabated. This is the right time to develop a political will to restructure this country with a view to taking too much loads off the federal government in Abuja.

“I am not suggesting a shift of state boundaries, but a simple amendment of the constitution to allow resource control by each state as it was during the time of our founding fathers Nnamdi Azikiwe, Alhaji Ahmadu Bello and Chief Obafemi Awolowo” he said.

On the economy of the country, the supreme head called for a downward review of the cost of governance.

” As long as the current cost of governance is not reviewed downwards, the national recurrent expenditure will continue to abort any efforts on physical development. Our roads, education and healthcare delivery will continue to be on oxygen to survive unless we borrow with far reaching adverse consequences on the future of our children and their children’s children” he said.

On the controversies surrounding the establishment of Operation Amotekun, the Cleric called on government to seek to replicate this because it is obvious that government does not have the capacity to protect the population.

‘” If you take a look at the numbers of the policemen in the country compared to the population, you will know that the country does not have the capacity to protect the citizens” he said.