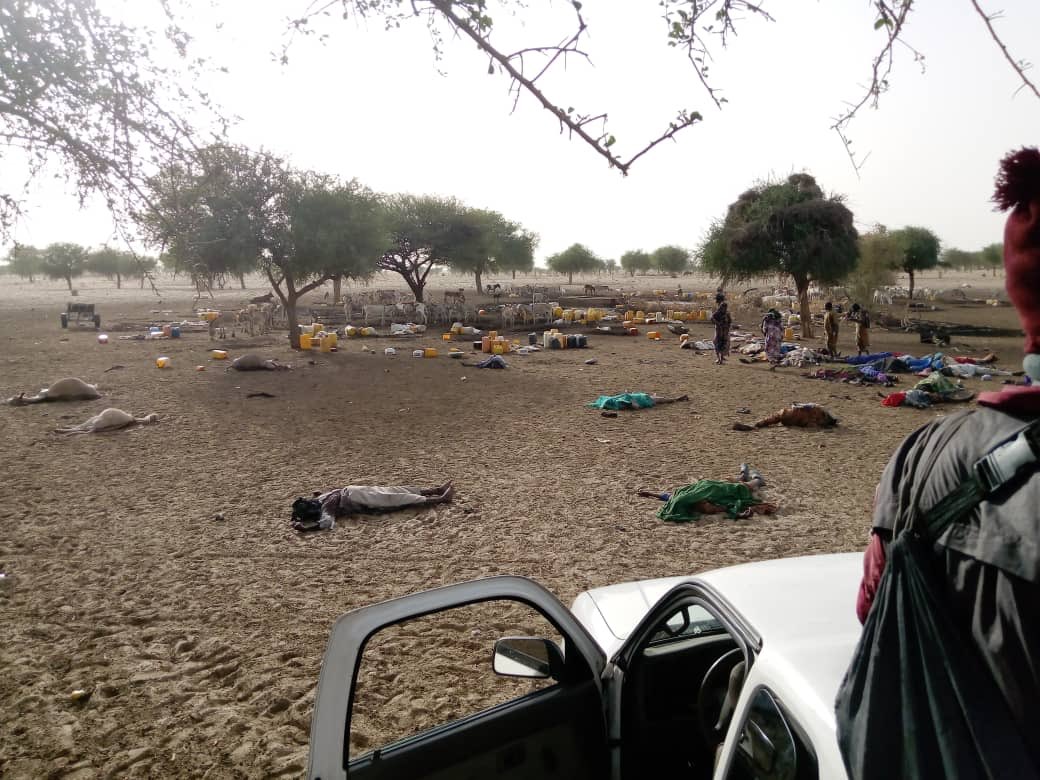 No fewer than 70 persons have been confirmed dead and many others injured after gunmen suspected to be Boko Haram terrorists attacked Faduma Koloram under Gubio Local Government Area of Borno State, on Tuesday.

A security source said that the insurgents arrived in three vehicles and motorcycles, shooting sporadically, burning houses and stealing unspecified number of cattle and camels.

The source said the insurgents accused the people of the town of spying on them and vowed to teach them a lesson.

He said over 70 bodies were collected after the attack.

“The insurgents burnt around 250 homes and looted goods. They said the act was to punish residents whom they alleged were providing information on their movement to security agencies.

“Therefore, freeing the zone with presence of civilian would provide them the ease of access to attack the military formation at Gubio and others without being noticed,” he said. (Sahara Reporters)