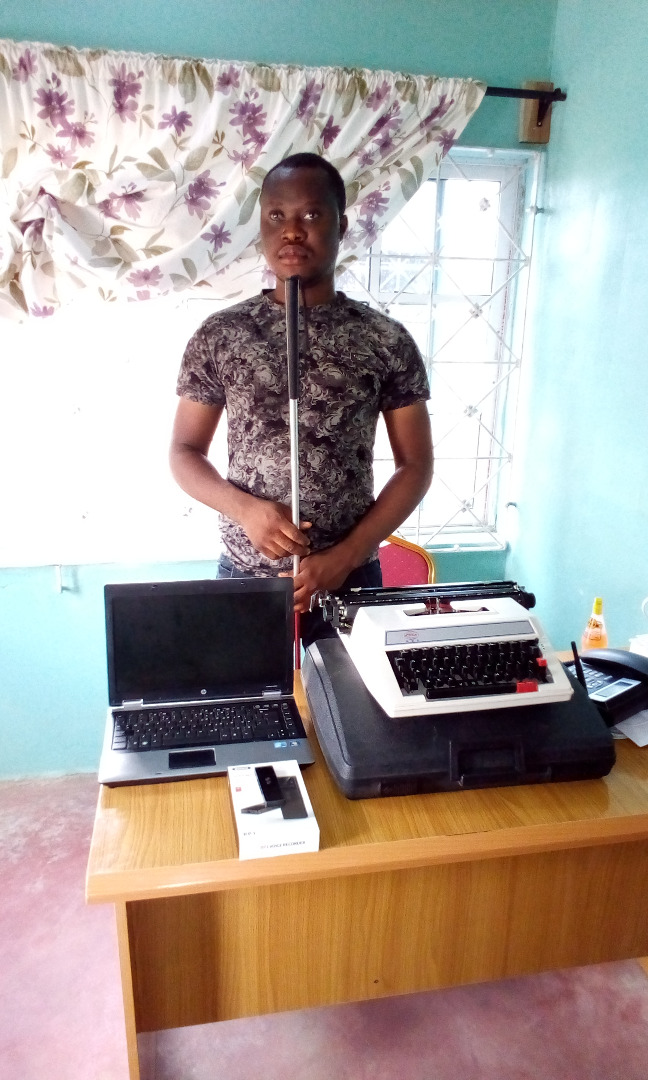 A blind student of Rufus Giwa Polytechnic, Owo, Ondo State, Mr. Ojo Temitope Israel has commended the National Association of Seadogs (Pyrates Confraternity) for the donation of N808, 000 which has paved the way for him to pursue his Higher National Diploma (HND).
He stated this while displaying the equipment bought from the money when a team of the association drawn from El Paso SSO Deck visited him to present another cheque of N108, 000 after the initial N700, 000 presented at his residence on July 13 to commemorate the 86th birthday of one of the founders of Pyrates Confraternity and Nobel Laureate, Prof Wole Soyinka.

Temitope had in a viral video appealed for help from well-meaning Nigerians to help him with funds to pay his school fees and procure equipment such as laptop, digital recorder, typewriter, frame and stylus needed for his HND programme.

The viral video caught the attention of members of the association and they launched an appeal fund for him. They were able to raise an initial sum of N700, 000 which was presented to him.
Temitope who seized the opportunity of the presentation to display equipment bought from the first donation expressed gratitude to the association for coming to his aid.
He assured the association that he would make judicious use of the money and the equipment already bought to achieve his educational dreams.