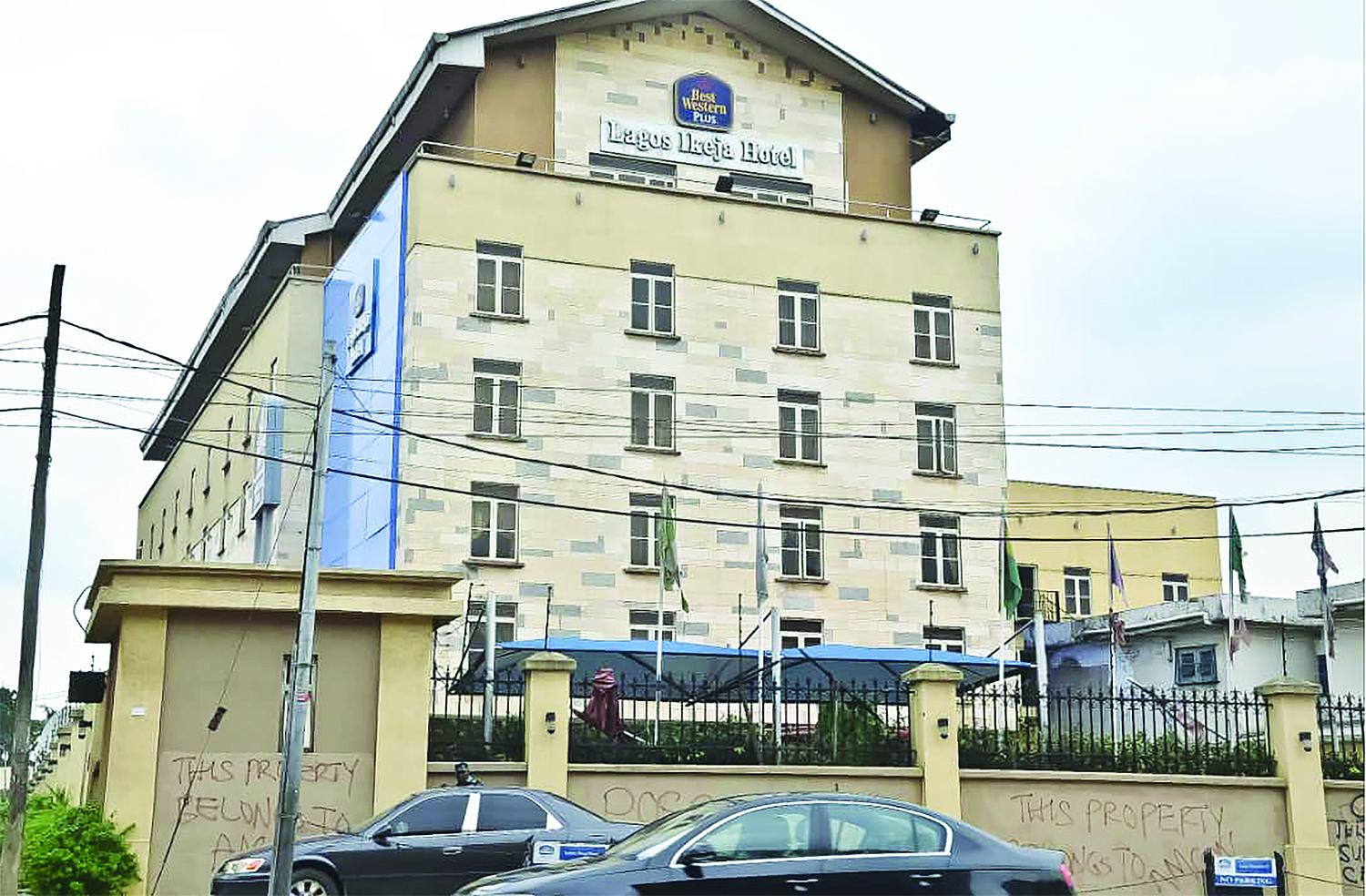 At a time the Nigerian economy is in the throes of another economic recession with over 10 million people out of jobs, the Asset Management Corporation of Nigeria (AMCO) has put over 20 businesses under lock and key. This is happening as over 3,000 employees have been forced home to idle away.

Stakeholders fear that if nothing is done urgently to remedy the situation, the corporation may turn out to be the albatross of the nation’s economy.

The Nigerian Xpress business investigation revealed that billions of naira investments are in comatose with the debtor companies remaining shut, as AMCON pushes to recover about N5.4 trillion debt owed some deposit money banks. The corporation’s action, many stakeholders have lamented, is affecting the efforts being made to mitigate the unemployment situation in the country.

Managing Director of AMCON, Ahmed Lawan Kuru has, however, explained that the situation might remain the same until the debts were paid. He said the quest by the organisation to recover the over N5.4 trillion was the reason for the closure of the companies. He said: “AMCON currently has over 300 cases pending at the Federal High Court. About 50 per cent of the cases may go to Appeal and eventually Supreme Court given the tendency of obligors to want to maintain cases in court.” He said the resolve to recover the debts was the reason AMCON shifted from debt restructuring to debt enforcement.

But stakeholders disputed his intentions, saying that AMCON’s motive was to confiscate their property and sell to those who never labored for them.

For instance, Edward Akinlade’s Best Western Hotel, located within the heart of Ikeja, the Lagos State capital and the commercial epicenter of Lagos has been closed down by the Asset Management Corporation of Nigeria, AMCON for over a year now. Investigations show that the hotel loses between N90 million and N100 million every month and about N1.2 billion in revenue in one year that it has been shut, while over 100 direct employees and 200 indirect employees have been thrown into the job market. The hotel’s facilities are decaying at a very fast rate.

The story is the same with Multi-Trex Integrated Foods Plc, a leading food and beverage company located in Warewa, Ogun State, which engages in the processing of cocoa beans, exportation of industrial cocoa products, and manufacture and marketing of cocoa-based consumer products. The company’s products include cocoa liquor, cocoa cake, cocoa butter, cocoa powder, and chocolate powder, which are exported primarily to Europe. The company has a staff strength of about 200 direct and 300 indirect employees.

They have been out in the job market in the last two years that the company has been closed by AMCON. The flagship of the Nigerian cocoa-processing sub-sector is today closed for business with about 500 persons rendered unemployed and the multi-billion-dollar modern processing plant and equipment left to rot due to disuse.

Dr. Wale Babalakin’s Bi-Courtney Aviation Services Limited is another company that has had a running battle with AMCON. The company and the corporation are currently embroiled in an ongoing legal tussle over the Federal Secretariat, Ikoyi. Babalakin defeated AMCON through one of his companies, Resort International Limited.

The case was a loan facility of N20.5 billion comprising principal sum and accrued interest as at October 2011 to acquire the Federal Secretariat Ikoyi, Lagos, Phase 1 and 2, which AMCON instituted against Dr Babalakin’s Company.

Gateway Portland Cement, Sea Petroleum Oil and Gas Limited (SPOGL), Silverbird Group, Capital Oil, Uno Foods Limited, Hardley Apartments are some other prominent businesses that the corporation has taken over and closed. The list is growing and endless.

However, if the mandate of AMCON was to save businesses and the word of its Managing Director, Kuru was to be believed, when he granted an interview in which he said “that AMCON will not in the process of loan recovery allow any company indebted to it to go under,” then he might be doing the opposite. Under Kuru’s watch, no fewer than 20 companies have been shut down with thousands of Nigerians sent into the unemployment market.

The Group Managing Director of Suru Worldwide Ventures Nigeria Limited, the owner of Best Western Hotels, Allen Avenue, Ikeja, Mr. Edward Akinlade in an interview with The Xpress lamented that AMCON was killing businesses. He said what took him years to build had been destroyed in the twinkle of an eye, alleging that AMCON was running a one-man show.

In the last one year that this case has been dragging on, we have lost an average of N100 million monthly in revenue. For the hotel to be up and running again, we need to spend about N1billion to revamp it due to damages that have been wrought on the facility,” he lamented.

During a recent tour of the facilities at Multi-Trex by members of the House of Representatives Committee on Banking and Currency, the Managing Director of Nigerian Export-Import Bank, Mr. Abubakar Abba Bello revealed that they were doing all they could to ensure that Multi-Trex would not die.

According to him, “AMCON needs to release them to enable them to borrow, and once the approval has been given, then we are good to go. This is one of the best projects we have supported under the Export Stimulation Fund, ESF, because the equipment is there and only the working capital is needed to kick-start it.”

Abuse of court processes, disrespect for the rule of law

One thing that is common in almost all the cases involving AMCON and going concerns are allegations of flagrant abuse of court process or disrespect for the rule of law.

According to Akinlade, “Best Western got a court judgment on the 22nd of April, 2018 that AMCON should return our hotel and that we are not owing AMCON any money. Till date, AMCON has not obeyed that court order, rather, they went on to appeal the judgment.”

Similarly, a Federal High Court sitting in Abeokuta, Ogun State struck out the suit, which empowered AMCON to take over Multi-Trex. Justice A. T. Mohammed struck out the case because it was obtained behind Multi-Trex. AMCON is yet to obey the ruling.

Babalakin is also furious with AMCON over its penchant for taking over properties. He recently accused the corporation of disrespecting the rule of law, saying this act of impunity was why the country continued to wallow in economic recession.

For instance, in the Federal Secretariat case, Dr Babalakin and his company in a counterclaim contended that they were not indebted to AMCON, but that a N4 billion facility offer to his company was an equity contribution, which was wrongly classified as a loan from First Bank.

The Act establishing the Asset Management Corporation of Nigeria, AMCON, was signed into law in 2010 by former president Goodluck Jonathan. The imperative for its creation was the global financial crisis that affected many financial institutions in Nigeria. Its primary role is to buy non-performing loans from financial institutions and work out a payment schedule acceptable to the debtors.

Ironically, Multi-Trex has faulted its acquisition by AMCON, saying its debts to Skye Bank was performing while it was meeting its financial obligation to Skye Bank before the N8.5 bn Eligible Bank Asset (EBA) was acquired by AMCON.

Similarly, Akinlade said the loan they took from Ecobank Plc was a performing loan. “This was a performing loan. We had a facility of about 13 billion, we drew N10 billion and the fund was to acquire properties all over the country and to build three hotels. After disbursing the initial N10 billion, they now wrote to us that there was no more money and that they were no longer going to disburse more money and that we should go and sell some of our assets and start paying them back. I started selling some of my assets to repay the loan before I knew it, Ecobank has already sold the loan to AMCON.

Akinlade bemoaned AMCON’s handling of the issue involving his hotel.

In his words, “the people at AMCON do not seem to care, I have had a series of meetings with them aimed at resolving this impasse. We will reach an agreement, they will renege,  This has happened several times. The last time we met around May/June 2018, I told them I was not going to come back because it seemed they were not committed to finding a solution. There is no passion on their part at resolving the issue.

AMCON Managing Director, Kuru said the quest to quickly recover the loans was why he shifted from debt restructuring to debt enforcement, adding that AMCON was on a national assignment to recover over N5 trillion bad debts, soliciting for everybody’s co-operation.

He said AMCON at present had a lot of cases  pending at the Federal High Court because, according to him, obligors of the corporation deliberately raised issues that would cause delay in justice. He expressed the belief that by the time AMCON began addressing the substantive matters, things would have changed.

In a chat with Mr. Jude Nwauzor, AMCON’s Head, Corporate Communications, he said that the corporation was a debt recovery tool and not a management company that would go about managing ailing companies. He also lamented the penchant of many Nigerians in high places to take loans and not pay back. He revealed that in total, about N4.3 trillion was being owed by fewer than 350 Nigerians in high places.

Stakeholders are, however, of the opinion that utilizing the Alternative Dispute Resolution (ADR) window may be a way out for AMCON and its debtors. This view was canvassed majorly by judicial officers. For instance, Nigeria’s Chief Justice, Justice Walter Onnoghen and President of the Court of Appeal, Justice Zainab Bulkachuwa have advised AMCON to think outside the box and come up with innovative ways of accomplishing its mission within the ambit of the law. They advised AMCON to employ the Alternative Dispute Resolution (ADR) as part of the mechanism to resolve asset management related issues in the courts. Justice Onnoghen lamented that judicial times and capacity were scarce public resources and as such repeated delays in courts constituted waste of precious resources.