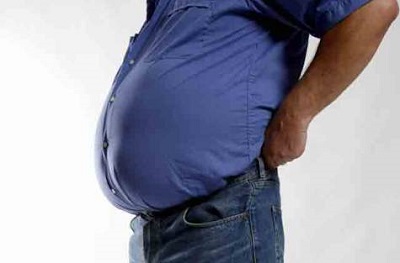 One woman recently said to us at our usual hang out:

“My husband has become so fat in recent time such that having sex is becoming almost impossible. Seriously, his stomach gets in the way!  I no longer enjoy sex with him and this is making me very worried. We are only one decade into our marriage, we have stopped having children and like I have gathered from my friends and colleagues, this is the time we should be enjoying more of sex. Please, what am I supposed to do?”

My husband is equally big around his abdomen. He weighs like over 40 pounds. The problem I have with him is that he thinks he is very athletic and hot because of the extra weight he has acquired (whatever or whoever gives him that impression is yet to be clear to me). I know he has low self-esteem issue, so, it is difficult for me to discuss it with him. I love him very well but I do not find him attractive any longer. This is surely affecting our sex life but I don’t think he is noticing this. I also need help.”

Mostly called beer bellies, men with big bellies are definitely far from a delight to many women. I tell you, they are big problem where bed matters are concerned.

Apart from the fact that they are always restricted to some particular outfits, speaking honestly, when your husband is too fat, sex just often doesn’t work plus it’s hard to see him as physically attractive.

Funnily, a recent research carried out by some scientists in Turkey found that men with bigger bellies last longer in bed, and make better lovers overall. On the average, the researchers found that when it comes to stamina, men with big bellies outperformed their slimmer counterparts, as they lasted an average of 7.3 minutes while the slimmer ones lasted two minutes.

By practical findings, however, it has been discovered that the number of hours a man spends performing the act is not a yardstick for the satisfaction the woman receives. In other words, a man may spend eternity, holding on to orgasm but still may be unable to really reach out to his woman. I mean he may all the while have been clumsy ‘doing’ all the stuff and getting the woman pissed off.

Think about it this way, if one has a big stomach, then the erect member is likely going to rest right along the stomach. In some cases, the stomach could even protrude over the ‘instrument’ of act.  Now, accessing it and getting it to perform its assignment really can be frustrating. Yeah, that can be very crappy. So, of what use and relevance is his ability to stay longer?

READ ALSO: How naked is your marriage?

Well girls, I won’t encourage you to leave him or resigned to this very bad fate, I will instead give you some way out of the problem.

See, you just need to put in more efforts to make things work. Sex is life, it is fun and very healthy, so, do not allow any obstruction in the name of some big bellies. If sex is going to work, you’re going to have to do something that will angle his ‘work instrument’ away from the stomach. That of course, leaves the common missionary style out of it.

Everyone needs to breathe at all times. But let’s face it, if your husband is too big, the missionary position just doesn’t work. First his weight will hinder you from breathing and secondly because his belly is big, he likely won’t be able to achieve full penetration because his belly will get in the way.

So what do you do? You must definitely try other sex positions that will favour you.

Woman on Top, Leaning Back Away from His Belly

Once he is underneath, the fat will fall towards his sides rather than go straight up, and it will likely diminish quite a bit compared to when he’s on top or upright.

If you can then lean back towards his feet, you will be able to get some clitoral stimulation against his stomach, which makes it still good.

This is a little bit different, but you climb on top and turn around. Again, the point is that he’s angled more down, so there’s more room for you to move and have your fill.

Lie down while he kneels

If he isn’t too big this can work better because if he stays kneeling upright during penetration, then he’s angled away from his stomach again.

Since your options are very limited, it becomes important that you encouraged your man to find a way of shedding off those excess fats around his belly.  Beside the fact that he loses his appeal to you, it  also do not work well for him.   When men have bigger bellies, their testosterone levels, according to health experts, fall, which leads to a lower sex drive. These, of course are apart from other health hazards associated with being overweight. So, find a milder way of appealing to him.