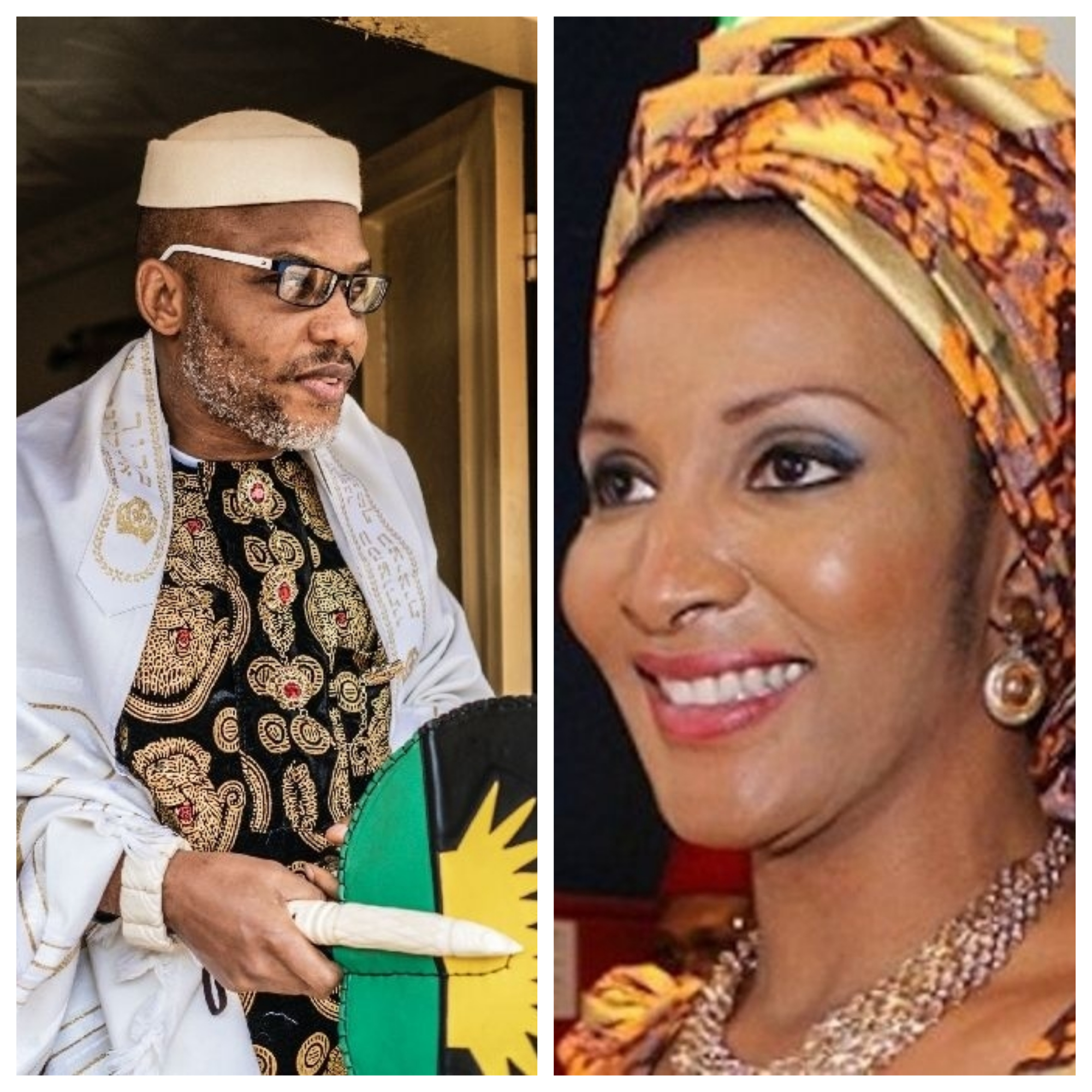 Mrs Ojukwu made the plea while speaking at the 10th memorial anniversary of her husband, organised in Owerri on Friday.

Mr Kanu is in government custody and facing charges of treason at the Abuja Division of the Federal High Court. His IPOB group has been leading a vociferous clamour for the secession of Igbos from Nigeria.

Mrs Ojukwu urged Mr Buhari to consider the request made by some Igbo leaders during their recent visit to the State House, Abuja, asking for Kanu’s release.

She said that the clamour for secession is a direct consequence of perceived inequality in the distribution of resources and political appointments in the country.

“Kanu’s release will further buttress President Buhari’s commitment to healing the wounds inflicted by the sense of marginalisation felt by the Igbo nation,” she said.

She, however, urged governours of the South-East geopolitical zone to remember Mr Ojukwu just as the convener of the event, Ralph Uwazuruike, leader of the Movement for the Actualisation of the Sovereign State of Biafra.

Ahamefula Ojukwu, chairman of the occasion and son of the late Igbo leader, also thanked Mr Uwazuruike for conducting the affairs of the entire Igbo nation in unity.

He urged Igbo people, especially those privileged to occupy positions of authority, to preserve the legacies of his late father whom he described as “an embodiment of selfless service and sacrifice to the Igbo cause”.

Earlier in an address, Dr Nkem Okeke, Deputy Governor of Anambra, decried the use of violence in the quest for self-determination.

He implored the Igbo people to be united and fight diplomatically so as to achieve a set objective.

P-Square to perform together at Livespot X Festival