Between Tinubu’s ‘Emilokan’ and Atiku’s ‘What Northerners Want’ 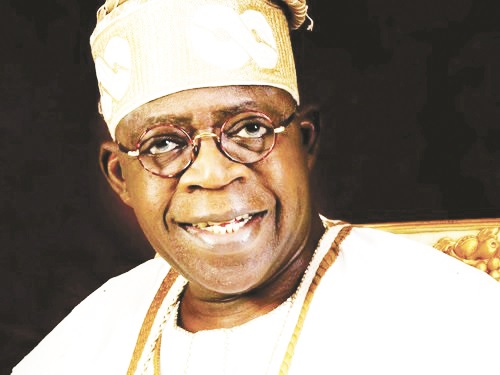 There is a proverb/allegory among my Igbo people about why the rat should always be wary of joining the lizard to jump into the water. The wisdom of the advice is that the speed with which the water dries off the scaly lizard is not nearly the same as the rat’s fur.
Nothing best captures this reality than the case of Asiwaju Bola Ahmed Tinubu, the presidential standard bearer of the All Progressives Congress (APC) and his Peoples Democratic Party (PDP) counterpart, Alhaji Atiku Abubakar.
A few weeks before his party’s presidential primaries, and when the speculation was that the Villa was not too favourably disposed to his candidacy, Tinubu made the ‘Emi l’okan’ declaration.
It was not only a direct prick at the conscience of the Buhari kitchen cabinet, but Asiwaju metaphorically took off the gloves as he restated his claim to the APC ticket.
As a long-standing admirer of the Jagaban, yours sincerely was actually scared for the ambition of the former Lagos State governor.
I was convinced there would be a backlash. That the President’s men would read a belittling of the president, and themselves, into those comments, and dare Tinubu to get the ticket.
And if truth be told, I’d not say they didn’t try. They did. But they were playing on a turf where Tinubu is Master of the Game.
The rest, as they say, is history, even though something at the back of my mind tells me Tinubu’s transducers around the villa might still have an ace up their sleeve. Luckily, I think if Tinubu is still Tinubu, he’d be expecting that.
But between the Emilokan declaration in Abeokuta and his grabbing the flag at the Eagles Square, a lot of work went in. But the biggest work was turning the potential banana peel that the Emilokan represented into the biggest springboard and populist political slogan. The credit goes to quality advisers, spin doctors and the Jagaban himself. So much so that even as we head into the campaigns for the election proper, Emilokan is ranking with Obi-dients as arguably the most recognisable political catchwords today. Of course, that is not taking anything away from ‘Atikulated’.
Now, fast forward to Kaduna, Saturday, October 15, 2022. Atiku makes his own Emilokan gambit, summarised thus: I am the President the North needs! And all hell is let loose on him.
According to the PDP flag bearer, “what the average Northerner needs is somebody who’s from the North and also understands that part of the country and has been able to build bridges across the country.

“This is what the Northerner needs. It doesn’t need a Yoruba or Igbo candidate. I stand before you as a pan-Nigerian of northern origin,’’

Despite the best efforts of the PDP campaign spin masters, Atiku has taken some roasting in the last 72 hours.

Curiously, I’ve tried to place what Atiku said side by side with what Tinubu said in Abeokuta, and compared both to what Rabiu Musa Kwankwaso of the New Nigerian Peoples Party (NNPP) said about how North is not ready to vote for an Igbo president, and I still cannot see such a huge difference.

I have also recalled what leading lights of the South-east have said about the Igbo presidency and how it is the turn of Ndigbo, what the Southern Governors Forum said about the presidency going to the South and even what the likes of Fayose, Wike and their group said before they now picked a new sport in Iyorchia Ayu. The only differences I see are in the changing objects and subjects of the sentences. The same ethnic and regional politics plays out in all the pronouncements, even when some of them are justifiable.

So, what has happened to that talk about an issue-based campaign? I guess tribalism, ethnicity, religion and all those mundane issues we occupy ourselves with will still dominate the 2023 elections.

We’ll just pay small lip service and sloganeer about the economy, security and corruption then return to our default mode. That is probably why two of the front-runners will do everything to avoid a debate or be taken to task on the details of their manifestos. They can’t give what they don’t have. Many of them would probably never read their manifestos – at least, not before we go to the polls. It is the only way they know.

I honestly don’t know what some of the front-runners would be talking about if we asked them to completely steer clear of ethnicity, region and religion.
For, let’s face it, how many of them can sustain a 20-minute discussion on the real issues that dog our country without either veering off, losing track or falling asleep on us?

How many of them can intelligently relate the flood currently drowning no fewer than 15 states of the country to climate change, depletion of the ozone layer, carbon emissions, unhealthy industrialisation practices etc?
I’m sure many of them would genuinely think that the flood is wreaking havoc because the gods of the land are either angry with Buhari’s misgovernance, or angry with the citizenry for our sinful ways.
Many of them, if we let them, would engage marabouts and prayer warriors – and go ahead to appropriate taxpayers’ money for prayers and rituals to stop the flood. Yes, we have heard of presidents of this same Nigeria not stepping out of the Aso Rock Villa for a long period because some seer so decreed. We have heard tales of some were required by sorcerers to wear occultic regalia under their regular dresses before entering the villa chapel or mosque, to gain control of everyone else. We have also had leaders who went about burying live cows at the geographical epicentre of Abuja, just for them to continue to stay in power. And only recently, the EFCC was regaled with tales of how someone was paid N400 million, by the government, for the procurement of prayers.
But, I digress.
However, my argument is that very few of the charlatans waving all manner of tickets and flags, in our faces today (and generally obstructing our line of sight) know anything about political engagements in contemporary society. And, it seems, the bigger the flag, the emptier the bearer, and the more archaic his ideas.
Nearly all of them were bred and nurtured on the same old diet of manipulating our fault lines and exploiting them for political profit. They play up religion, throw in ethnicity, garnish it with nepotism, stoke the fire with violence and intimidation, tip the scale with cash, game the system, and, voila! The result is predictable: criminals seize power. Government of the people, by the looters and for the looters.

Incidentally, while they are at it, each candidate desperately tries to label the other as tribalist, religious fanatic and corrupt. But the truth remains: most of them are same of the same (apologies, Jimi Agbaje). And would do, and say, exactly the same thing if the opportunity presented itself and they see themselves gaining a little unfair advantage.
It reminds me of the unfair jibe the Yoruba usually throw at Ibadan people: Something about “Ibadan ti o jalè…” (I’ll neither complete nor interpret it. God forbid!).
So, those of them whom the mischievous gods have not lured into self-destruct as they did to Atiku in Kaduna at the weekend, would remain closet tribalists, putting up the facade of nationalists, patriots, bridge-builders and other such fancy aliases and sobriquet – until when succubus and incubus visit them and strip away the veil.

AND THE DISTRACTIONS CONTINUE…

So, the next four months will be very loaded with rallies, appearances, ceremonies, advertising, fights, clashes, exchange of vile words, cyber bullying and other such irrelevances. Just to create motion and no movement.
And because the candidates and their agents all know exactly what they are not, they will deploy every known and unknown tactic to avoid a proper debate of the real issues.
From photo ops of them riding bicycles, jogging, working out in the gym without breaking a sweat etc. Just to keep us talking about them, but never really saying anything.
For instance, the recently trended video of Atiku dancing is the second time I’d be seeing a video of the former Vice President dancing. The first one was in a dapper suit, obviously outside the country (maybe in his Dubai second home) at the wedding of someone said to be one of his children.
In both videos, it was clear that whatever music that determined the Waziri Adamawa’s dance steps was playing right inside his head, which only he could hear. For his dance steps did not correlate with the music that was being played by the DJ.
No doubt, Atiku has several skills, both learned and endowed with. But, clearly, dancing is not one of them.
But I understand the former VP’s dilemma: If a certain Dino Melaye is among those managing you, then you can be sure that you’ll have to be prepared for some dancing. After all, all that singing (no matter how unmelodious) cannot be allowed to go to waste, without a generous dose of dance steps.
Unfortunately, Sen. Adeleke, who could have stood in the gap, is busy jealously watching over his new mandate in Osun, to ensure that the Ileri Oluwa gang do not pull off any surprises in Osogbo.
But then, Atiku’s image managers can take joy in one thing: at least, their principal can move and jiggle to the left and right without tripping on his leg. He can voluntarily throw up his hands (even in a poorly coordinated staccato) to some rhythm. That was all they wanted to prove, anyway – and also to rub in the fact that some of his more prominent opponents have a serious challenge with just standing still, let alone, attempting a dance.
Of course, there are no prizes for guessing who the soft jibes are aimed at: Asiwaju Bola Ahmed Tinubu of the APC.
But, I’m sorry to burst their bubble. I have seen at least two clips of Asiwaju dancing. And I can wager my last Kobo that he did a better job of it than Atiku ever did in those videos.
While I cannot readily lay my hand on the first video right now, I still have the clip of the great Asiwaju doing the Bata dance, gyrating to the talking drums of some courtesans. And he did not do badly. I know some detractors will quickly point out that it is an old clip. But it is recent enough to reflect the current features of Asiwaju.