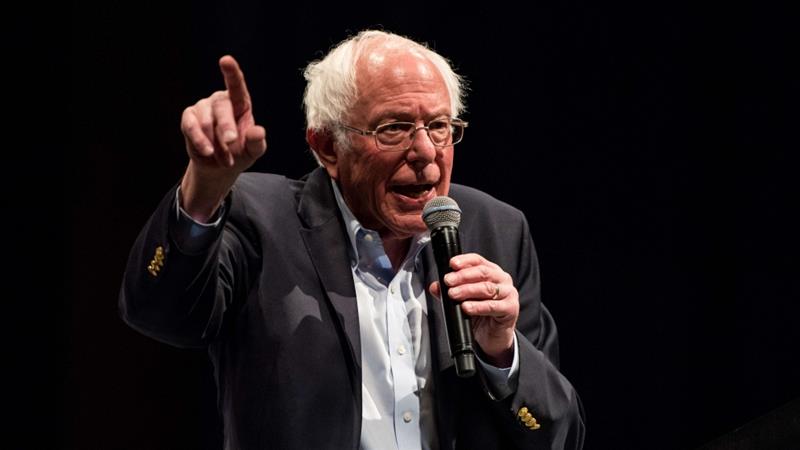 Leading United States Democratic presidential candidate, Bernie Sanders, has said that he would consider moving the US Embassy in Israel back to Tel Aviv, if elected president.

Sanders’s comments about revisiting US President Donald Trump’s controversial decision in 2018 to relocate the embassy from Tel Aviv to Jerusalem came during Tuesday’s Democratic presidential debate.

Trump’s move came after he declared Jerusalem as Israel’s capital – a move long sought by Israel – in December 2017.

“The answer is, it is something that we would take into consideration,” Sanders said before calling Israel’s Prime Minister Benjamin Netanyahu, an ally of Trump, a “racist”.

Sanders went on to say while he was proud of his Jewish heritage, he stood against Netanyahu’s policies.

“I am very proud of being Jewish. I actually lived in Israel for some months.

“But what I happen to believe is that right now, sadly, tragically, in Israel, through Bibi Netanyahu, you have a reactionary racist who is now running that country.”

Sanders added although he supports Israeli sovereignty, there should be a greater focus on Palestinians and their rights.

“I happen to believe that what our foreign policy in the Mideast should be about is absolutely protecting the independence and security of Israel.

“But you cannot ignore the suffering of the Palestinian people,” he said. “We have got to have a policy that reaches out to the Palestinians and the Americans.”

The embassy move was one of Trump’s key promises during his election campaign leading up to the 2016 US presidential vote.

It infuriated Palestinians and sparked international condemnation but was widely hailed in Israel as a huge success.

Previous US presidents, as well as nearly every other country, refrained from opening embassies in Jerusalem, arguing that the city’s final status should first be resolved through Israeli-Palestinian negotiations.  (Aljazeera)