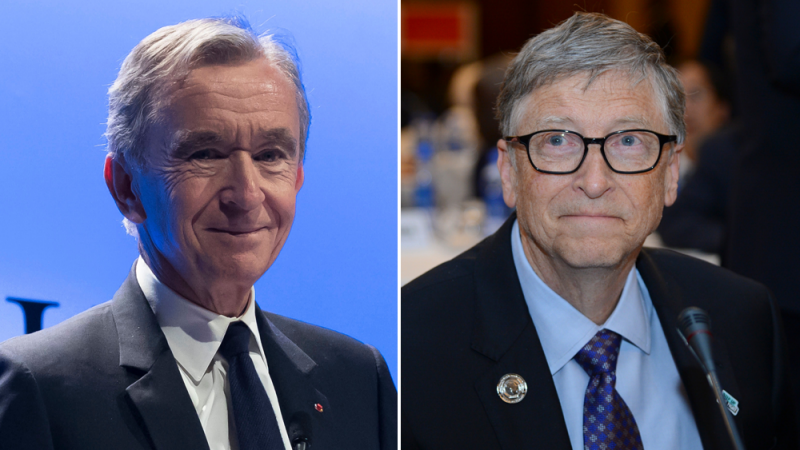 For the second time in seven years, Bill Gates, chairman of Microsoft, has moved a spot lower on the Bloomberg Billionaires’ Index.

Bernard Arnault, chairman of LVMH (Moët Hennessy – Louis Vuitton), now occupies the second position after his net worth increased to $108 billion ahead of Gates’ $107 billion.

Arnault, who is France’s richest man, has added $39 billion to his net worth since June 2018, the biggest leap by an individual among the 500 people on Bloomberg’s ranking.

He holds the controlling share in LVMH through a family company and a 97% stake in Christian Dior.

Apart from the brands that form its acronym, LVMH controls brands like Givenchy, Dom Pérignon (a champagne brand) and Sephora (beauty retailer).

According to Bloomberg, Bill Gates would still be the world’s richest man if not for his philanthropy.

He is reported to have donated $35 billion through the Bill and Melinda Gates Foundation to various causes.

During a visit to Nigeria, the billionaire said the foundation has donated $1.6 billion to humanitarian causes in Africa’s largest economy.

Jeff Bezos, Amazon CEO, is still the world’s richest man with a net worth of $125 billion, even after reaching a divorce settlement with his wife, MacKenzie Bezos.

The $38 billion divorce settlement made her the world’s fourth-richest woman.