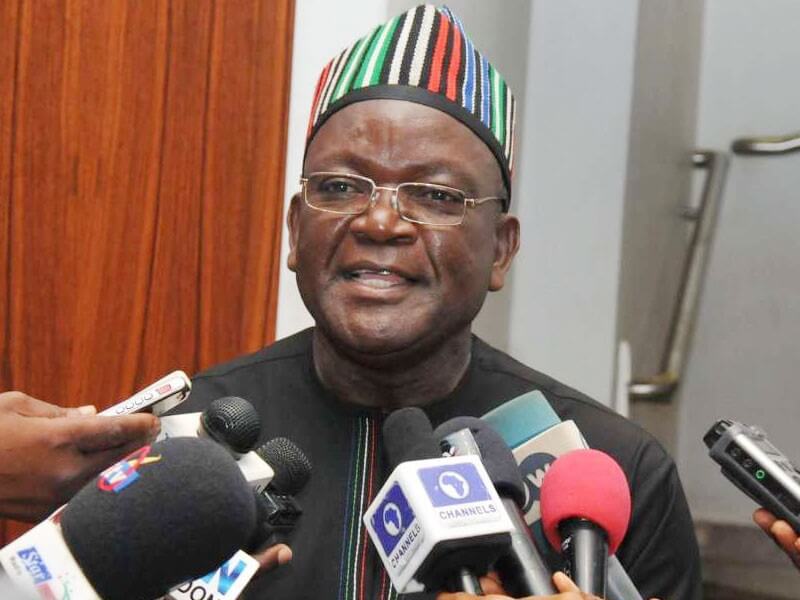 Governor Samuel Ortom of Benue State says the state government may adopt a similar security outfit like that being put in place by governors of the South West geopolitical zone of the country, code named OPERATION AMOTEKUN, in his state.

He said that security operatives, especially policemen, in Benue State, cannot cope with the security challenges facing the state.

He said that in Guma Local Government Area of the state, for example, about 50 people are killed daily.

Governor Ortom who addressed journalists on the security situation in the  state, on Monday, said after depositing hundreds of cattle in the troubled councils, militia herdsmen are using guerilla approach by killing innocent citizens in the night and going back to their places where they mobilise arms to attack again.

The governor said herdsmen are again planning to take over some communities in Benue State, adding that traditional leaders had been directed to keep close watch over their people with a view to reporting suspected criminals to security agents.

He said he was disturbed by communal clashes over land and admonished people in the villages to allow peace to reign so that government attention could be focused on attacks  from outside.

He maintained that the security situation in the state has become so precarious and appealed for understanding so that peace could be restored as the cropping season approaches.

Ortom noted that Benue desperately needs to have peace as the people now depend on agriculture for survival, stressing that the collapse of oil prices in the international market calls for  alternative efforts that would sustain the economy.