Bayelsa@23: We have moved far from where we were – Commissioner for Information 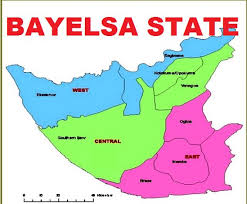 The Bayelsa State Government on Monday felicitated with Bayelsans on the occassion of the 23rd anniversary of the state, saying it has been a journey with mixed trajectory.

The State Commissioner for Information and Orientation, Daniel Iworiso-Markson in a statement to commemorate the anniversary, thanked the founding fathers of Bayelsa for insisting on the creation of a state for homogenous Ijaw people.

He said despite some teething problems and challenges, the state has experienced real development, especially in the last seven and half years of the Restoration Government of Governor Henry Seriake Dickson.

Iworiso-Markson called on people of the state to use the 23rd anniversary to reflect on the progress made so far and also have a renewed mindset going forward.

The Government spokesman pointed out that the Dickson administration has laid a solid foundation for the next government and urged the people to ensure they elect a governor that understands their desires.

The Information Commissioner while also congratulating Nigerians on the 59th Independent anniversary of the nation, expressed optimism that better days are ahead.

He again called on Bayelsans to continue to support the Restoration Government in the remaining months to enable the government finish well and strong.

Nigerians charged on patriotism for a better Nigeria