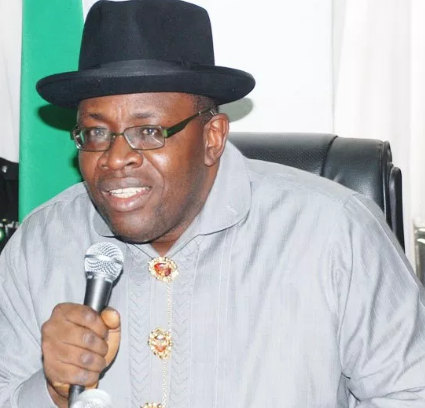 Governor Seriake Dickson of Bayelsa State has announced that the state’s Higher Institution Students Loan Board would become operational in a few weeks.

Governor Dickson announced this over the weekend at the second matriculation ceremony of the University of Africa, (UAT) Toru-Orua, Sagbama Local Government Area on Saturday.

A statement by his Special Adviser on Media Relations, Mr. Fidelis Soriwei noted that the setting up of the board was part of his administration’s robust educational policy and urged Bayelsans to avail themselves of the opportunity.

Congratulating the students of the university on their matriculation, the Governor encouraged them to key into the loan scheme.

He said, ” We have a comprehensive educational policy leading up to the setting up of the Education Students Loans Board and we are dedicating 5% of the state’s IGR to that fund.

“Bayelsa is the only state in the federation that has started this programme. You have no excuse not to go to school. The loans board will start in a couple of weeks from now.”

According to the Governor, the gesture has become imperative in view of the low number of students applying to take up such courses, which he noted were the basic foundation for technological development.

Governor Dickson also said report from the National Universities Commission (NUC), indicates that the University of Africa had become the first tertiary institution in Nigeria to assume international status in view of its numerous partnerships with foreign universities.

He expressed his administration’s assurance that in the next couple of months, the number of international affiliations would be doubled in its pursuit to making the UAT, a model of academic excellence.

The governor who described the UAT as unique in many areas, said the University was designed to be a world-renowned tertiary institution that is self-sustaining.

While charging the matriculating students to study hard and be of good conduct, Governor Dickson admonished them against cultism, drug abuse and all acts of indiscipline, stressing that the war against such vices in the university community was targeted at curbing all anti-social behaviours.

In his remarks, the acting Vice Chancellor of the University of Africa, Toru-Orua, Professor Valentine Aletor, said the mission of the UAT is to be a public higher institution the production of quality graduates that would compete with their peers globally.

Professor Aletor who said a total of 498 students matriculated, identified some of the university’s vision is to be a first rate institution committed to teaching and research excellence in collaboration with international partnerships.

He also identified funding as one of its major challenges which he noted cuts across the entire Nigerian university ecosystem.

Monarch appeals to LASG to improve surveillance in Epe