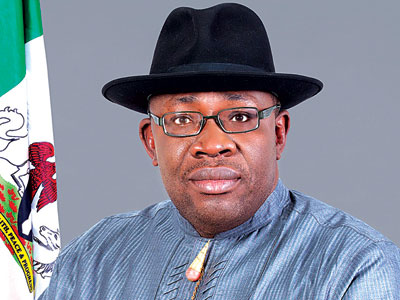 The Bayelsa State Government has enjoined the members and leaders of the All Progressives Party  (APC) in the state to Governor Henry Seriake Dickson our of the internal problems of the APC.

Special Adviser to the Governor on Media Relations, Mr. Fidelis Soriwei, said in a statement, on Wednesday, that the governor was too focused to be distracted by a failed attempt to drag his name into the internal problems of the opposition APC in the state.

Soriwei said that the Governor’s major focus was to produce a credible candidate that would defeat any candidate presented by the APC in the November 16, 2019 gubernatorial contest in the state.

According to him, it was common knowledge that the Governor has worked hard to decimate the APC in Bayelsa State and was getting ready to defeat the party at the polls as usual.

He stressed that the PDP candidate who would run on the Governor’s record of performance and the enthronement òf peace and stability would retain the PDP control of political power in Bayelsa with a resounding victory.

The Governor’s media aide said that the PDP which has been in control in Bayelsa since the commencement of democratic governance in 1999 did not need any secret deal with the APC to defeat the opposition party.

He said that there was no such deal contrary to the mischievous rumour about purported meetings.

He stressed that Governor Dickson led the PDP on several occasions including the last general elections to defeat the APC even when the party had become an opposition party at the national level.

He urged the APC to focus on their internal problems and to leave the PDP and its aspirants to plan and execute the next victory against the APC.

He stated further that the PDP was only waiting, once again, to confront the APC in the election.

He called on the leadership òf the APC to prepare for an election and not a war stressing that the party had a penchant to use federal forces to main and kill during elections as was the case in the last election.