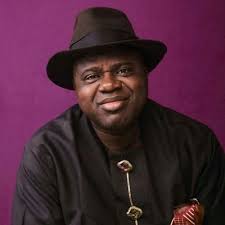 The governorship candidate of the All Progressives Congress (APC),  Chief David Lyon, appears to have lost his home support to Sen. Douye Diri of the Peoples Democratic Party (PDP), the Campaign Council, has said.

In a statement by the Director of Media and Publicity,  Dr. Jonathan Obuebite, the council said the people of Southern Ijaw, the home base of Chief David Lyon ,at the weekend, put aside sentiment and unanimously endorsed Senators Douye Diri and Lawrence Ewhrudjakpo for governor of the state.

The statement noted that the endorsement came few  days after the people of Ogbia, Brass and Yenagoa local government areas threw their weight behind Diri.

Obuebite said Southern Ijaw Local Government Area with the highest population declared the council as a “no go area” for APC in the forthcoming governorship election.

The statement blamed APC for the crisis that rocked the area during the last National Assembly election which resulted in the death of one of the PDP leaders and the Government House photographer, Reginald Dei.

Obuebite added that the  PDP governorship campaign train was assured by the people during the rallies held at Korokose, Ekowe and Oporoma communities of a bloc vote.

Addressing a mammoth crowd in Oporoma, the Southern Ijaw Local Government headquarters, the former Speaker of the Bayelsa State House of Assembly, RtHon. Friday Kombowei Benson also declared that there would be no negotiation of votes with other political parties in the area.

According to him, Southern Ijaw Local Government Area has benefited immensely from the Restoration government and PDP.

Also speaking, the state chairman of the PDP, Mr. Cleopas Moses said the APC lacked presence to win any election in the state.

The chairman said APC is noted for violence and brigandage, adding that the party did not prepare for the forthcoming election, rather they are looking for how to secure victory through the back door and with the connivance of the agencies of the Federal Government.

Obuebite further stated that while soliciting the support of the electorate from Southern Ijaw, the PDP candidate, Senator Douye Diri assured he would ensure the completion of Yenagoa/ Oporoma road started by the Restoration government.