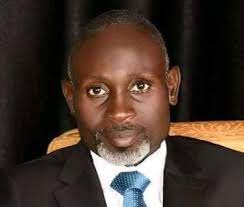 The committee is expected to come up with its report by October his year, disclosed the Commissioner for Culture and Tourism, Dr. Iti Orugbani.

It is on record, Bayelsa State has vast tourism potentials that are yet to be harnessed , but successive administrations havnt made formidable policy statements on how to tap them.

However Dr. Orugbani, during a chart with journalists, in Yenagoa, said that the Governor Douye Diri-led administration was out to bring to bare the rich tourism potentials of the state this time around.

He added that  tourism was a major industry for revenue mobilization that would rake in income and showcase  the state’s rich Culture to the outside world, stressing that the tourism potentials  in the state would enable people from different parts of the world to visit and exchange social values .

According to him, the state government was eager to showcase  the state’s tourism potentials to dispel the negative impression  about the Ijaw man and this spurred a directive by government to communities in the state to organize cultural festivals yearly.

He disclosed that of the 300 cultural festivals in the state about 77 have been recognised and being encouraged by government .

With the presence of good tourism sites in the state there would be influx of people from all over the world to experience the Bayelsa hospitality, added the tourism commissioner.

“The first target is white people. For us to dispel all the negative rumors about the state the prosperity government  directed  that all  our communities to observe their cultural festivals .

“These are community based festivals, so through the media the world would now the hospitality nature of Bayelsa state

“They will dispel the false notion of the state as a violent prone place.

“77 festivals are recognized by the state out of the 300 of them. The 77 are divided into two groups: Second Class and First Class.

“There are certain amount of monies approved for both groups during their celebrations.

“The idea is to encourage them to ensure proper execution of the festivals aimed at promoting and preserving our cultural heritage”, noted Dr. Orugbani.

Meanwhile the Senior Special Assistant (SSA) to Bayelsa State Governor on Tourism, Mr. Piriye Kiyaramo, has appealed to community leaders in the Niger Delta region  to step up actions towards protecting wildlife in their domains.

Kiriyamo who made the appeal when he spoke with travel journalists in Yenagoa recently noted that the protection should especially be on the African forest elephant,  Pygmy hippopotamus habitats in the region.

Other endangered species of animals found  in the Niger delta region , according to him, include he West African Monatee, the white  Throated Guenon, the Sclater’s Guenon, the Niger Delta Red Colobus, the Nile Crocodile, Aquatic Antelope, Forest  Hog, Python, Leatherback, Green Olive  Ridley, Loggerhead and the Hawksbill Sea turtle and water buck.

Kiyaramo who lauded governor Douye Diri’s efforts at preserving the state’s wild life, particularly the endangered species  which remain natural resource that comes with great socio- economic benefits  to the people in terms of eco-tourism noted that the state has become a home to rich biodiversity , having several species known to science , one of which is the Niger Delta red Colobus , found  in Bayelsa state ,while the Preuss’s red colobus found in Cross Rivers State.