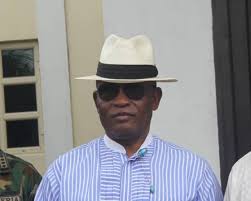 The Bayelsa State Government, on Thursday, declared a balance receipt of N3.7 billion for the state as at April 2019.

Deputy governor, Gboribiogha John Jonah, disclosed this while presenting the income and expenditure profile of the state for the month of March, 2019, in Government House, Yenagoa.

Jonah, who gave a breakdown of the figures, said the state received N13.2 billion as Gross inflow from the Federation Accounts Allocation Committee (FAAC).

Also, the deputy governor noted that  the net inflow from FAAC, in addition to the gross inflow, excluding the first line deductions, left a balance of N11.7 billion.

He said other receipts included Internally Generated Revenue (IGR) for February 2019, which amounted to N739 million, the Paris Club refund of N16 billion, funds from other sources N500 million and refunds from the local government bailout N16.3 million.

Total receipts according to the deputy governor amounted to N16.8 billion while total receipts from net inflow from FAAC was N28.5 billion.

On the outflows, Jonah said bank loans and contractual guarantees gulped N3.2 billion, salaries for civil servants for the Month of March, 2019 was N2.8 billion while that of political appointees came up to N416.7 million.

According to him, other expenditures include, salary grant for tertiary institutions N630 million, 10 per cent contribution to primary school teachers N47.6 million, transfer from local government Paris Club refund N1.2 billion as well as salary for civil servants for the months of April and May, 2016, N4.3 billion.