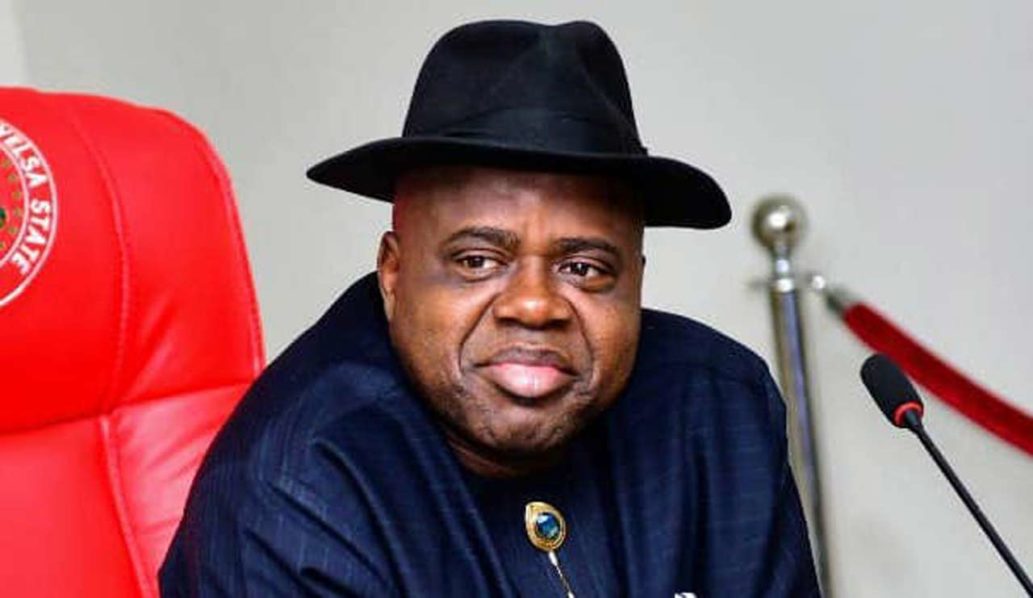 The All Progressives Congress (APC) has x-rayed the almost three years old prosperity administration of Governor Douye Diri of Bayelsa State, concluding that it has brought sufferings to the people of the state.

The Party’s state chairman in the state, Dr. Dennis Otiotio, who spoke at a programme tagged, ‘The Federated Correspondents Chapel Forum’, and organised by members of the Federated Correspondents Chapel (FCC) NUJ, in Yenagoa, on Tuesday, also threatened to drag the state government to the Economic and Financial Crimes Commission (EFCC) to explain to Bayelsans how the  13% derivation funds released to oil producing states by the Federal Government was spent.

“And since there are no officials at the local government councils, how did they manage this N3 billion.

“I hear they are sharing the money to candidates to go and do projects. We are going to write EFCC to investigate that money, the money was given to the local governments.

“They should explain to Bayelsans how they spent the money when there are no officials at the local governments.

“It is unfortunate that even the various transparency briefing they have been holding, they have not deemed it necessary to disclose that they have collected over a N100 billion from the Federation account. That is the money that PDP-led federal government then withheld, but APC led Federal Government released them to the PDP states, but the governors unanimously concealed it, if not the revelation by Governor Nyesome Wike.

“We can see that Governor Douye Diri administration has brought suffering to the people of Bayelsa state, our resources have been mismanaged, the people could not enjoy the dividend of democracy, the essence of governance is to create enabling environment for business to strive”, the APC chairman stated.

However, Governor Diri had, on the wake of the revelation from Governor Nyesom Wike, explained  that the 13% oil derivation funds accruing to the state were being prudently spent, mostly on infrastructure development.

Making further clarification on the issue in a statement through his Chief Press Secretary, Mr. Daniel Alabrah, Governor Diri insisted that the administration had nothing to hide and that the state’s monthly allocations from the Federation Account had always been made public through its monthly transparency briefings.

According to him what the state received as 13% derivation refund from the time of the previous administration was being paid in instalments after it had been discounted.

Futher taking a cursory look at the manner funds were allocated to projects, the APC chairman noted that despite the huge amount of moneys accruing to the state every month both from derivation and allocation, development of the state is not commensurate with the volume of money coming in.

“Bayelsa state is a small state, Yenagoa itself is a small city. It is very easy to develop it.

“Big cities like Kano don’t get 13% derivation. They rely only on the FAAC to develop their state.

“But Bayelsa State, despite the fact that we have 13% coming with the FAAC. So the money that comes into Bayelsa state is far bigger than Kano State.

“So, when they stay here and someone will build one media house and we will say he has build a big media house , and the complex he built is just the physical house without the content , without the attendant infrastructure, and people will begin to clap for them.

“They will go to a one kilometre road, you say you are  dualising  it but abandone one part of the road and then you commission it. Is that how things are done?” He querried.

Dr. Otiotio also said that the state government has no focus on how to plan its budget in accordance with the projects it wants to execute as it executes projects outside the yearly budget of the state.

“When you look at the budget. For instance, last year, government gathered all the Chiefs in Nembe and Brass. They were there with their ceremonial regalia for the groundbreaking   ceremony of the Brass/Nembe road.

“So, I went to the budget, because if government is committed to doing the Nembe, Brass Road, the first thing is to look at the budget, how much was appropriated for it .

“If government was serious about the road, what they would have done was to send a supplementary budget  to the House of  Assembly. So, whatever they were doing they were just playing , they were just deceiving the people.

The APC chairman also advised the state government to take drastic steps to checkmate this year’s flood which has been predicted to surpass last year’s.

He lamented that despite the warnings last year, government could not leave up to its responsibility by allowing the flood to consume the state.

“Last year we said the government was not prepared for the flood despite the fact that they had early warning.

“They were told severally but could not do anything till it came to submerge all of us.

The government should do something now because federal government has warned, agencies have warned that this year’s flood will be bigger than last year’s.