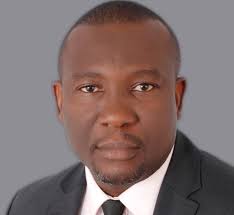 One of the governorship aspirants in the All Progressives Congress (APC) primary election in Bayelsa State, Preye Aganaba, has rejected the result of the election.

In the result declared on Wednesday by the collation officer, Emmanuel Dongara, on behalf of the election panel chairman and Yobe State governor, Mai Mala Buni, Aganaba  came last with 354 votes as against the winner, David Pereworimini Lyon, who polled 42,138 votes.

However, Aganaba has discredited the result which he said lacked integrity because it failed due democratic process.

In a statement made available to the press in Yenagoa, the state capital,  on Thursday, the aspirant said the election process was a “political hoax and lacking any semblance of credibility”.

He stated:”The process leading to the direct primary election was rife with irregularities and has set a bad precedent for a political party that prides itself as a progressive which is supposed to lead by example.

“Engr. Preye Aganaba did not partake in the September 4th APC governorship primary election, because there was no election. The degrading votes allotted to him is a complete fabrication and designed to ridicule him and his supporters”

He noted that there were issues raised with the election panel before the election but which were never addressed.

These measures, he said, were not observed but instead the result of the election was only written and announced.

Aganaba further claimed that neither the chairman of the election panel who doubled as returning officer, Mai Mala Buni nor the secretary were present to ensure the credibility of the process and accordingly rejected the outcome.