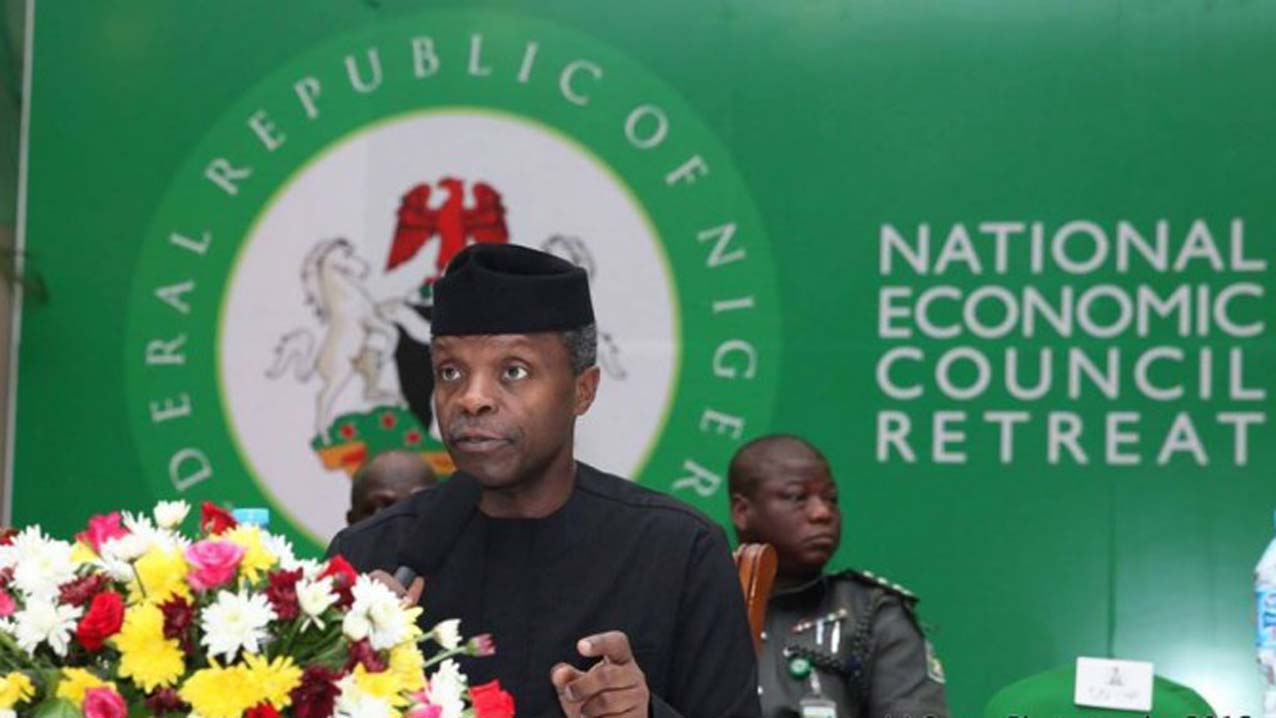 The National Economic Council (NEC) on Thursday set up a Security and Policing Committee to address the challenge of banditry, kidnapping, cultism  and other security issues confronting the country.

The Inspector-General of Police (IG-P) Mohammed Adamu, disclosed this while briefing State House correspondents after the maiden NEC meeting presided over Vice President Yemi Osinbajo at the Presidential Villa, Abuja.

President Muhammadu Buhari had earlier inaugurated the 2019 to 2023 NEC which admitted 12 new governors.

NEC comprises governors of the 36 states, the governor of the Central Bank of Nigeria (CBN), the Ministers of Finance, Budget and National Planning, Agriculture, FCT and the Minister of State, Petroleum.

The IG-P said he gave the council the general internal security situation in the country and presented the strategy put in place in order to reduce crime and insecurity.

He listed the challenges as kidnapping, banditry, cultism and armed robbery.

Adamu said that the council observed that the situation was being stablised as a result of some of the strategies in terms of liaising and cooperating with members of the public.

He said that that another key issue discussed was  revisiting of the Safer City initiative which entailed the installation of CCTV cameras in FCT and major cities across the country.

““It was as a result of human intelligence that we got from members of the public that made us achieve the feat in stablising security situation in the country.

“This came under the strategic cooperation that we came up with which we called `Operation Puff Adder.

“And  within the framework of that operation a lot of kidnapping suspects were arrested; a lot of arms were recovered and this we succeeded with the cooperation from members of the public,” he stated.

According to the IGP the council concluded that a Security and Policing Committee should be set up; so, it has been set up.

“They will be joined by the National Security Adviser, the IG-P and the Chief of Defence Staff or his representative, he said.

“Adamu said that part of the strategy to deal with the security  situation and to prevent crime he presented was “to bring back the `Safer City concept where all our major cities are fixed with CCTV.

“The project has been going on but now we resuscitated the programme and we have started with FCT.

“”Within our Command and Control Office, we are able to put some cameras at strategic places in FCT with a view to reviving this Safer City initiative.

“”The latest technology we are brining on will cost little or nothing to the government,’’ he said.

According to him the Police are reinvigorating the Safer Highway initiative as they are getting more fleets of vehicles with cameras on them that will patrol the highways.

He said that the challenge confronting the police was that of funding which the council had taken note of including the idea of the Police Reform Bill that was passed by National Assembly.

On his part the National Security Adviser (NSA), Mr Babagana Monguno, said he briefed council on the North East particularly on Boko haram issue in relations to the security issues in the country.

He said he also briefed council on the activities of herdsmen/farmers which were limited to 16 states so far, adding that the council was working on the blueprint to solve the problem.

“”I briefed council also on the  menace of pipeline vandalism, illegal oil refineries and piracy.

“In recent month, we were able to destroy  373 illegal refineries and curtailed the activities of pirates.

““This situation in the Niger Delta is also affecting security in the Gulf of Guinea and we have been collaborating with the secretariat in Luanda to work to reduce the activities of these people,’’ he said.

Mungono said that that the government would proscribe the Almajiri phenomenon because Nigeria could not continue to have street children roaming around only for them in a couple of years or decades to become a problem to society.

He said the Federal Government would work with the state governors to enforce the policy of education for every child as education was the entitlement of every child.(NAN)

FG to ban Almajiri group, others