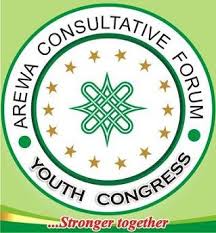 The Arewa Consultative Forum (ACF) has told Governor Nasir el-Rufai of Kaduna State and other North West governors to perish their plan to hire foreign mercenaries for the fight against banditry in the North.

Recall that after last week’s meeting with President Muhammadu Buhari at the Aso Rock Presidential Villa, in Abuja, Governor el-Rufai had threatened that governors would be left with no option but to hire foreign mercenaries to help in the fight against insurgency in the North if the Federal Government was incapable of dealing with the situation.

This followed rising deadly attacks in the region, including last Monday’s bombing of an Abuja-Kaduna train in which some lives were lost and several others people were injured while many people were abducted and are still missing as at time of filing this report.

However, the ACF has rejected such a plan, saying the governors and citizens must avoid any fire-brigade approach on any pressing issue confronting the country.

Speaking in a statement in Kaduna, the ACF Secretary-General, Malam Murtala Aliyu, said instead of taking recourse to hiring foreign mercenaries, the states governments should consider deploying volunteers, such as the ex-servicemen and women, the civilian task force, hunters and whatever is available to complement the military and make Nigeria habitable and peaceful.

The ACF also advised the security agencies to redesign their mode of operations and confront the bandits head-long, using the available machinery and manpower instead of the planned use of the Nigerian Air Force to escort trains across the country.

Waxing spiritual, the ACF urged Christians and the Muslims to pray fervently for the restoration of peace in the country and advised politicians to tailor their plans towards addressing the current challenges facing the country.