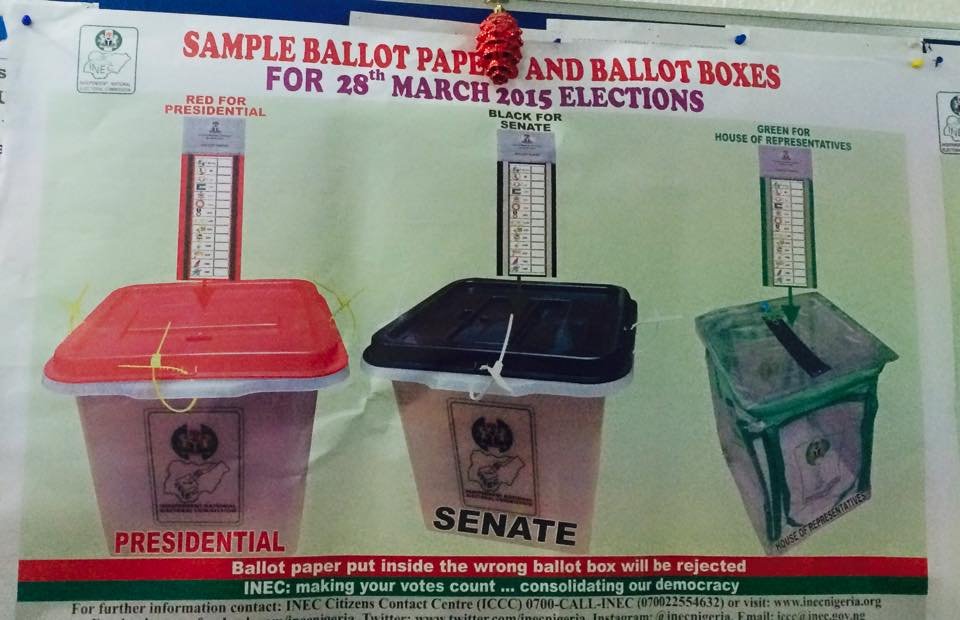 A group, Forward With Buhari (FWB), says ballot box snatching is  a major trick employed by brigands and political thugs to rig elections.

Dr Kayode Ajulo, the National Secretary of the group, said in a statement on Wednesday in Ilorin that anyone found culpable of such offence must be treated like an armed robber.

He said that ballot box snatching was more than armed robbery, adding that any culprit must be treated in accordance with the laws of the country.

“Ballot box snatching is not done by a burglar but by brigand; the offence is more than armed robbery.’’

Ajulo said that the 1999 Constitution of Nigeria (as amended) says “ a person shall not be regarded as having being deprived of his life in contravention of this section.’’

“If he dies as a result, and in such circumstances as are permitted by law; such force is reasonably necessary for the defence of any person from unlawful violence or for the defence of property; in order to effect a lawful arrest, or to prevent the escape of a person lawfully detained; or for the purpose of suppressing a riot, insurrection or mutiny.”

The News Agency of Nigeria (NAN) reports that President Muhammadu Buhari few days ago said that anyone who snatched ballot boxes would be doing that at the risk of his life.

The statement elicited reactions by Nigerians, some were in defence and others condemned it.

The group however said that Buhari’s remark was in tandem with the spirit of the Nigerian Constitution. (NAN)