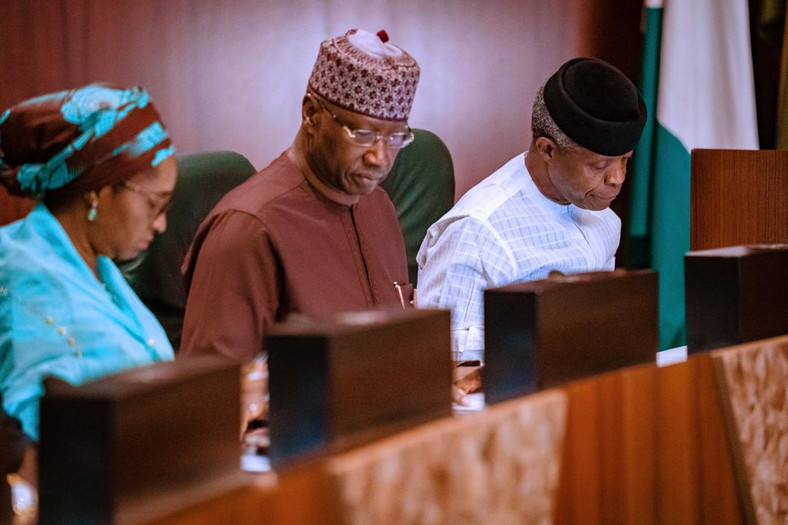 The governors under the platform of Nigeria Governors Forum (NGF) have rejected the proposed plan by the Federal Government to extend the repayment period of its budget support to state government from 20 years to 30 years for the N614 billion budget support facility.

Ahmed who briefed alongside Anambra State Governor, Willy Obiano, Ogun State Governor, Dapo Abiodun, Nasarawa State Governor, Abdullahi Sule, and Minister of Health, Osagie Ehanire, said the Federal Government has made the first and second months, N252 million monthly deductions, in September and October, based on the 20 years repayment period.
Following the outcry of state governors, another repayment schedule plan extending the year to 30 years and monthly repayment of N162 million was presented to NEC on Tuesday.
But she said that the state governors were still not satisfied with the repayment extension to thirty years.
She said “The budget support facility was initially for twenty years repayment period. And when we made the first deduction in September, the states had complained that the amount deducted, which was N252 million, was too harsh. “So, since then, the Central Bank of Nigeria, who is the lender, has revised the condition to make the repayment period longer. And so the new repayment period is thirty years. And this means that the states will be paying monthly N162 million. But again today, the states still were not satisfied with the condition.”So, we are expecting that the Federal Ministry of Finance, Budget and National Planning, CBN and the states will engage again with the view of having the CBN further revise the condition to reduce the monthly repayment burden.”