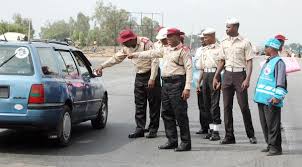 The Federal Road Safety Corps (FRSC), Bauchi State Command, says bad eggs in the corps are responsible for the increasing rate at which road users undermine the corps’ authority.

Imoh Etuk, the corps sector commander in the state made this observation when he paid a courtesy call on the Chairman of the Nigeria Union of Journalists (NUJ), Mr Ibrahim Mallam-Goje in Bauchi on Tuesday.

He blamed the nonchalant attitude of many road users to compliance of the road safety rules and guidelines on some indisciplined officers in the corps.

The commander, therefore, called for partnership with journalists in mitigating road crashes by sensitising road users in the state.

He said that some officials were not working in accordance with the ethics of the corps, which he said was affecting the corps.

“When the corps first started in 1988, there were a lot of respect for our men.

“It is not as if we do not have respect now but because of the issues of corruption, so many officers are no longer applying their personal ethics in line with their organisational ethics.

“This is affecting the corps, but that is not to say we are folding our arms. Surveillance teams are still moving around across the Northeast to ensure that our men do the needful.

“We also have in-house way of dealing with them and ensure that they face investigation and panel to ensure they are in line with operational guidelines.

“Guidelines on the amount of money you can take with you while on patrol, the number of officers to be on patrol, firm and friendly conduct with the people on highways and also the need to be dutiful,” he said.

The commander said these and many more steps had been taken to ensure that the bad eggs are flushed out.

Etuk called on newsmen to always provide them with information anytime they notice anything untoward in the conduct of the corps officials.

The commander said that the name of the corps should not be allowed to be dragged to the mud.

Responding, the NUJ chairman said there had always been a smooth relationship between the corps and newsmen.

Mallam-Goje added that the commander’s visit would in no doubt, enhance this existing cordial relationship.

“I assure you that this cordial relationship will continue to exist and grow stronger,” he said. (NAN)

Rape: Group urges parents to be children’s first source of information on s*x

10m Nigerian children are out of School – Lawan